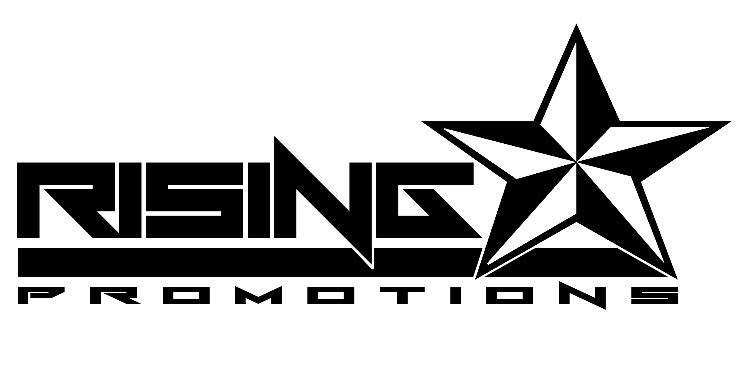 They join undefeated heavyweight Quian Davis (3-0-2, 2 KO’s) as the first group of fighters to ink contracts under the Rising Promotions banner.

Davis is coming off a 28 second knockout this past Saturday night in Trenton, New Jersey over Jonathan Hafley

Seldon of Atlantic City, New Jersey has a record of 9-1 with three knockouts.

The 28 year-old son of former WBA Heavyweight world champion, Bruce Seldon, turned professional in 2010 and won his first seven bouts. Following his lone blemish, Seldon has won two fights in 2016, which includes his latest outing when won a six-round unanimous decision over Eddie Edmond on May 27th in Atlantic City.

“I am happy and excited. I know they will keep me busy and they are bringing boxing back to Atlantic City. It’s a blessing,” said Seldon.

Johnson has a record of 1-0-1. The Bridgeton, New Jersey native is had a long amateur career of 211-31. He was a 2007 National PAL in 2007 and 6 time in Florida PAL champion. Johnson was a 3 time time Ringside World Championship Runner-Up; 3 time National PAL Runner-Up Johnson is

24 years-old and turned professional in 2014, and is is coming off a four-round unanimous decision over Lamont White on July 22nd in Atlantic City.

“It’s a blessing and great opportunity in my career. It puts my family in a better position. It gives me a good opportunity to fight in front of my hometown fans. I want to thank Debbie LaManna, Thomas LaManna and Vinny LaManna. It has effected and changed my family lives. I was on the shelf for a year and now I get the opportunities to show my skills,” said Johnson.

Murray, 24 years-old of Barnegat, New Jersey was 26-7 as an amateur. He was a New Jersey Golden Gloves and New Jersey Diamond Gloves champion.

“I am very excited and ready to go out and show the world what I have to offer, I am glad to sign with Rising Promotions and I will show everyone what I am all about. I worked very hard and hard work pays off,” said Murray

Holden, 20 years-old of Atlantic City was a highly regarded amateur who amassed 50 fights. Holden fought in the Philadelphia Golden Gloves. He has a professional record of 1-0. Holden turned professional on July 22nd with a four-round unanimous decision over Kevin Asmat in Atlantic City.

“I have known Thomas for a long time and its going to be a good thing. It’s going to open a lot of doors. Because of my amateur career, people know me and now they want to see me fight as a professional,” said Holden.

David Sparks of Brooklyn, New York has a record of 2-0. The 31 year-old turned professional in 2014 and in his latest outing, he won a four-round unanimous decision over Marcellus Yates on March 28, 2015 in Queens, New York

“Signing came at a great time. We needed a break in our career. We have been going through some difficult things. I expect to fight a lot . Hopefully every month or two. I am always in the gym. Hopefully eight to ten fights.

Dion Sparks, 19 years old, had 135 amateur fights. He won 3 national championships and 2 world championships, and at one point was ranked number-one in the United States.

“This is every exciting. I can do really great with Rising Promotions. I am young and talented. We been all over including at Mayweather Gym. I am always in shape and I am ready to fight. I have great expectations. I would like to fight 8 to 10 times and just stay active. I think within two or three years, we can get the right fights and fight for a championship. They set them up and we will knock them down, “said Dion Sparks. “we appreciate Rich Masini and all he has done for us.

“We are very excited to announce out first signings,”said Thomas LaManna of Rising Promotions. “When we started the promotion, one of our missions was to give local fighters opportunities to showcase their abilities. So to have signed five fighters from New Jersey and two from New York is a great start for us. I think because of the success of our series at The Claridge has and will continue to attract top talent from this area. We will continue to look for and sign the best fighters and continue to put on the top-notch shows that we have over the past year.”