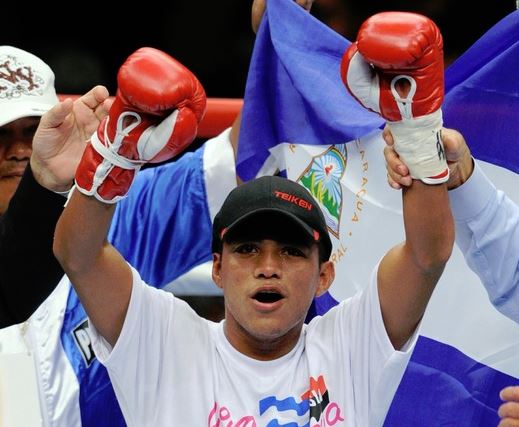 Boxing fans around the world eagerly anticipating the return of Gennady Golovkin received more great news with the announcement that pound for pound star Roman “Chocolatito” Gonzalez will face Mexico’s Edgar Sosa in the 12-round co-feature on Saturday, May 16 at the Forum and televised Live on HBO World Championship Boxing® beginning at 10:00 p.m. ET/PT.

“I’m very happy to have Roman fight on my card on May 16 at the Forum and on HBO,” said Golovkin. “He is a great fighter and I’m glad boxing fans will be able to watch him fight on the same night as I do.”

Golovkin and Gonzalez are both consensus pound for pound entrants. We rank Gonzalez #3 and Golovkin #8.

A formal press conference with both fighters will be held next week in Los Angeles for the Roman Gonzalez—Edgar Sosa matchup.

“This is a great opportunity for me to make my HBO debut and in front of a great crowd at the Forum,” said Gonzalez. “I’d like to thank everyone for making this happen and promise to put on a spectacular show on May 16 against Edgar Sosa.”

Said Sosa, “I know this is a big fight for Gonzalez but I will be well prepared on May 16 for victory and to shine in front of the huge crowd at the Forum and those watching on HBO.”

“With each of Gennady’s fights we want to provide the best event possible for the fans” said Tom Loeffler of K2 Promotions.

“Boxing fans have wanted to see Roman fight in the United States and this fight against Edgar Sosa should provide a lot of fireworks.”

Fighting out of Managua, Nicaragua, the 27-year-old Gonzalez, long a favorite among hardcore boxing fans, has compiled a record of 42-0-0 with 36 knockouts over his ten-year career.

Currently the holder of the World Boxing Council (‘WBC’) Flyweight Title, Gonzalez is riding a seven-bout knockout streak, most recently stopping Valentin Leon in the third round on February 28 in Managua, Nicaragua.

The former WBC Junior Flyweight World Champion, Sosa enters the contest against Gonzalez with a record of 51-8-0, having won a 10-round shutout unanimous decision over Carlos Melo on November 8, 2014 in Petionville, Haiti.