Gary Russell Jr. (30-1, 18 KOs) is widely known for his fast hands and highly regarded as one of the best fighters in the featherweight division.

The 31-year-old is trained by his father Gary Sr., and trains alongside younger brothers, unbeaten super lightweight Gary Antuanne and undefeated bantamweight Antonio.

The Maryland native stopped former champion Kiko Martinez last time out back in May in a yearly title defense. As expected, Gary dominated his overmatched challenger, winning every round of the fight whilst leaving Martinez bloodied and battered in the aftermath.

He’s won his last six fights and has not tasted defeat in the past six years since his only pro loss to Vasyl Lomachenko by decision.

As brilliant as Gary has been, he’s been frustrated by failure to make a unification bout at featherweight with any of the other titlists in WBA “super champion” Leo Santa Cruz or IBF champion Josh Warrington. He’s also equally known for his infrequent activity having only fought once per year from 2015-2019. 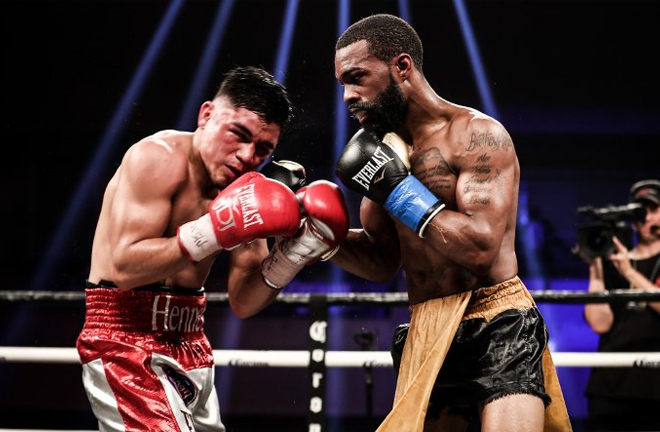 The long-time champion should get a stiff challenge against unbeaten ‘King Tug’ Nyambayar (11-0, 9 KOs), who has the amateur pedigree and power to make this a memorable fight.

The 2012 Olympic silver medalist is highly skilled given how quickly he’s risen through the pro rankings facing quality opposition throughout his 11-fight career. The 27-year-old Mongolian has developed a reputation as an aggressive power-puncher and places his shots very well.

An interesting fact is that Nyambayar has been even more inactive recently than Russell as he will be coming off a 13-month layoff since his career-best win. That was a hard-fought unanimous decision against longtime contender Claudio Marrero in a world title elimination bout last Jan. 26 on the Keith Thurman-Josesito Lopez card in Brooklyn, New York.

This clash could turn into a chess match but has the potential makings of a knockout waiting to happen given the explosiveness of both fighters. Gary Russell and Nyambayar look to land big shots and I see neither man backing down from the unique challenge presented by the other. ‘King Tut’ may very well be the sleeper in the entire featherweight division but does he have the goods to knockoff the long-reigning champion?

Verdict: Ring rust could be a factor for both fighters but Gary will use his superior experience and speed to pound out a competitive but clear unanimous decision.

Former junior featherweight world champion Guillermo Rigondeaux will move down to bantamweight for the first time in his career to face Liborio Solis for a vacant secondary world title in the card’s co-main event. 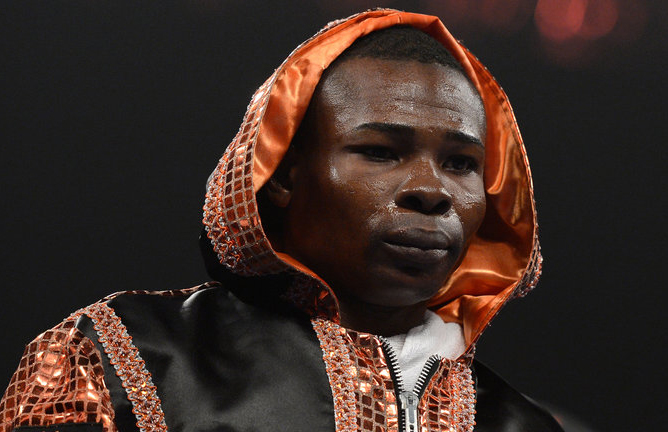 These two were supposed to meet on December 21 on the undercard of Tony Harrison vs. Jermell Charlo 2 rematch, but Solis could not get a visa, and the fight was called off.

Rigondeaux (19-1, 13 KOs), a two-time Cuban Olympic gold medalist with one of the most decorated amateur careers in boxing history is looking to reinvent himself at 118 -pounds. His most significant professional win came when he outclassed Nonito Donaire in 2013 to unify the junior featherweight division.

Rigondeaux would not lose until he climbed up two weight divisions to take on then -junior lightweight titlist Vasiliy Lomachenko for his 130-pound belt in December 2017. Guillermo was completely dominated by the bigger man night in front of a sellout crowd at Madison Square Garden before retiring on his stool after the sixth round.

That humbling defeat forced him to take a year off, after which he returned and has won two fights in a row, a first-round knockout of Giovanni Delgado and an eighth-round knockout of former world titlist Julio Ceja on June 23.

Solis will be making his U.S. debut and is riding a five-fight winning streak. He captured a super flyweight world title in 2013 amidst a 14-bout unbeaten run before his title losses to the aforementioned McDonnell.

Solis is a solid contender and has nine more years pro experience than Rigondeaux although both men are in their late thirties. It’s a fantastic matchup of styles with the fighters almost equal in terms of fight IQs and understanding the technical nuances of prizefighting at the highest levels. Rigondeaux should enjoy significant advantages given his southpaw stance so look for him to find openings early and often while giving Solis fits along the way.

Verdict: Rigondeaux should have too much for Solis and will bring their exciting fight to an end inside of ten rounds.