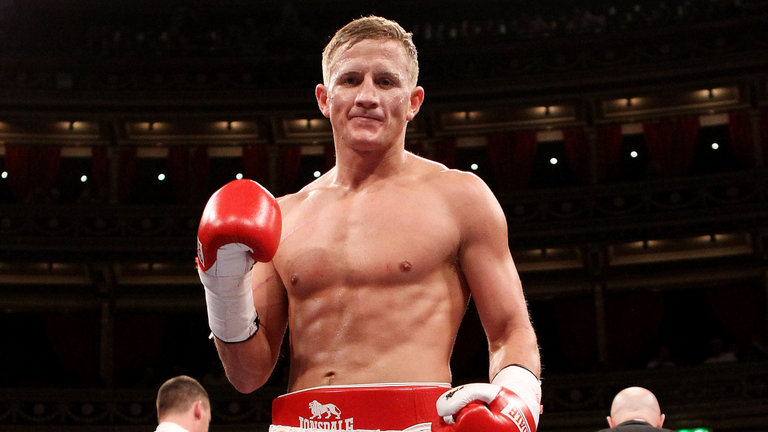 The six-round contest at super-lightweight took place on the latest JDNXTGEN show at the Walker Activity Dome, televised live on Sky Sports and Sky Sports Facebook.

After over 20-months out with career-threatening hand injuries, Sedgefield’s Saunders looked like he hadn’t been anywhere at all as he sizzled in a sensational stoppage victory that took just 163 seconds to exact.

The 31-year-old looked as good as ever as he broke through Blair’s defence to send him reeling backwards, stunned by a right hand in the closing seconds of the opener, to which the former Olympian swarmed him with straight left and rights before referee Steve Hawkins called of the scheduled six-round contest with 17 seconds left on the clock.

The TKO takes Saunders’ knockout count up to double figures with 10 KO’s from 13 wins and a hat-trick of first-round stoppages.

Post-fight Saunders declared that he was getting married to childhood sweetheart Stephanie Elliot in August but will be straight back to the gym to focus on the next fight.

“I felt brilliant. I am back!” he enthused. “I get married August 18th so plan to get the wedding out of the way and then move on in the gym and go in hard.”

The Beijing 2008 Olympian was forced to consider retirement after emergency surgery to fix both injury-plagued hands after his first and only loss in the professional ranks via disqualification to Frenchman Renald Garrido (14-11-1) at the Liverpool Olympia back in September 2015.

“I’ve both hands done, people don’t realise what I’ve been through, others would have retired from my injuries but I didn’t want to get to my dad’s age and wished I had given it another go. I’ve had bone taken from my hips and placed in my hands, they’ll never look normal again.”

Saunders plans to enjoy his stag do in Ibiza next month and praised his fans for their support, “I’ve got a great following and I can’t thank everyone enough.”