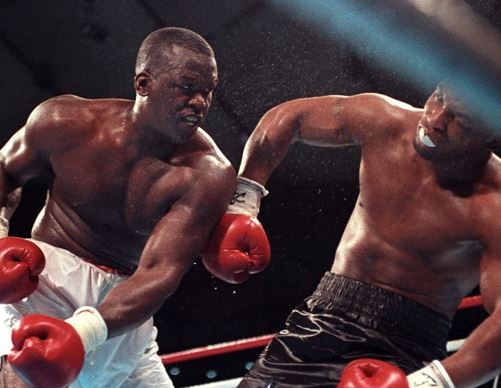 Showtime wants fans to vote on the best knockouts ever shown on their airwaves over the past three decades. It’s all a part of what has been a year-long look back in celebration of Showtime’s 30th anniversary of Showtime Championship Boxing.

They’ve put a list of the top 32 knockouts from Showtime Championship Boxing’s 30 year history into a bracket. Now it’s up to you to make the call on which knockout is the best ever on the network.

Of course, there are some obvious choices from some of the biggest names and most memorable fights in history, as well as some lesser known and more recent candidates.

So what will it be? Something involving the triumvirate of Mike Tyson, Buster Douglas, and Evander Holyfield? Will it be the legendary comeback of Diego Corrales against Jose Luis Castillo?

The winner will be revealed on Saturday, December 10th, during the Showtime card that evening. Visit Showtime’s website here to get in on the fun, place your picks, and of course watch all of the knockouts.