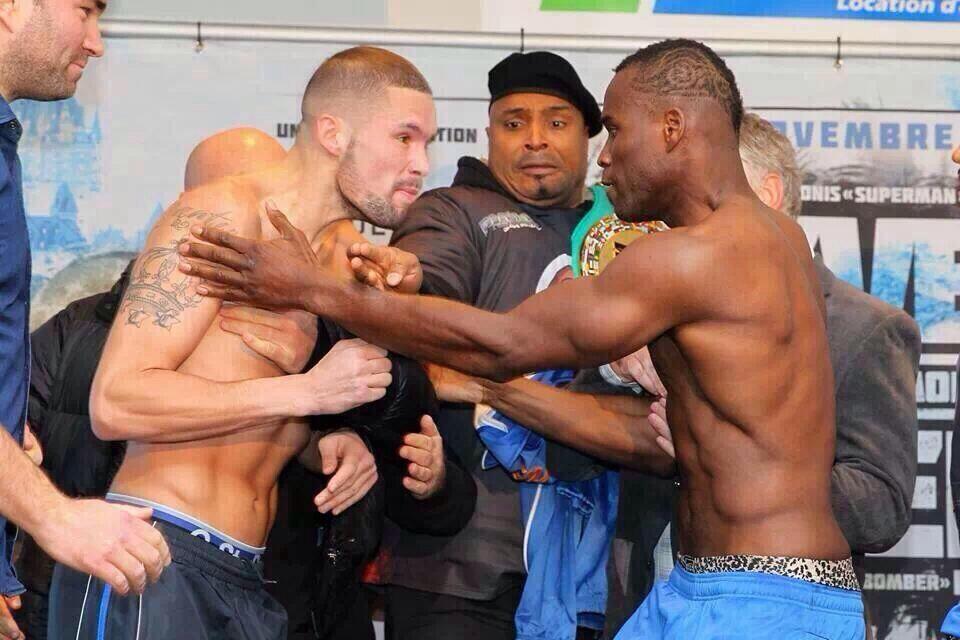 Saturday’s HBO Boxing doubleheader from Colisée Pepsi in Quebec City features undefeated light heavyweight knockout machine, the Krusher, Sergey Kovalev vs. Ismayl Sillakh in a 12-round title match that serves as the evening’s co-feature to the main attraction, also a 12-round light heavyweight title contest, between the explosive Adonis “Superman” Stevenson as he defends his crown against challenger Tony Bellew.

The weigh-ins for the card were held on Friday in Quebec City, and things got intense between Stevenson and Bellew, and there’s been plenty of trash-talking on both sides leading up to this one. View the full weigh-in results, as well as photos of the weigh-in here.

The card airs at 10:15 p.m. (ET/PT). The telecast begins with the replay of welterweight superstar Manny Pacquiao’s dominant win over Brandon Rios on Nov. 23 in Macau. Official Weights from Quebec City:

This is going to be a great one, and you can say with almost certainty that the fights will not be going the distance. So don’t blink, and don’t tune in late!

Check back with us later on in the weekend for full post-coverage fight of the Kovalev vs. Sillakh and Stevenson vs. Bellew results! Will Superman and Krusher be squaring off next? That’s what we’ll be waiting to see, but they each are facing a legit challenger on Saturday evening.