The boxing world has to begin somewhere, and the unheralded minimum weight class, or strawweight division, is where it all starts. The tiny 105 pound fighters have frames that jockeys would be quite envious of. Not much is known about all of the fighters in this class by even the most sincere of U.S. fight fans, however here’s a rundown of the biggest names. 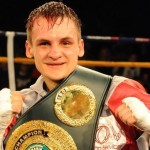 Budler is riding a lengthy winning streak, including perhaps most notably a win over Nkosinathi Joyi. In a division with plenty of turnover, he’s well positioned at the top. Stoppages in his last two victories show some late forming power for a guy with a total of 8 knockouts in 25 wins.