In boxing, especially in Britain, it appears all too familiar that when you’re at the top of your game and seemingly unbeatable you will attract unwavering public support, however an underwhelming performance or otherwise crushing defeat and you’re no longer the adored figure you once were.

It is a strange yet all so common trend, as Anthony Joshua, now two-time world champion can attest to. Following his stunning loss to Andy Ruiz Jr in New York in June, which saw him taste a first defeat and lose his unified titles, many had threw in the towel and even suggested a second reverse in Saudi Arabia, would perhaps spell an end to the former Olympic Gold medalist’s career.

A phenomenally executed points victory in Diriyah on December 7 and all of a sudden calls for an undisputed bout with Deontay Wilder resurfaced. The same situation, in some respects can be said for WBA ‘super’ Super Middleweight titlist Callum Smith, although to a far less extent.

The 29-year-old was impeccable in 26 fights, retiring former champion George Groves in a thrilling World Boxing Super Series final before blasting past Hassan N’Dam at Madison Square Garden in June on that ill-fated night for his compatriot, Joshua.

A below-par display, yet a unanimous decision victory against mandatory challenger John Ryder in front of his home contingent in November and calls for an Anfield bout with four-weight champion Canelo Alvarez went muted, with many believing Ryder had done enough to win after a gruelling 12 round display. 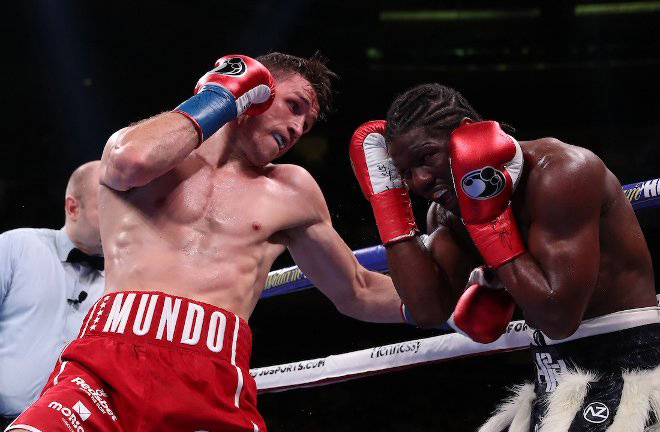 Smith admitted he wasn’t at his ferocious best post-fight, as the Londoner arguably gave him the toughest fight of his career. But the Liverpudlian insists the better the opponent, the better he will be perhaps ruling out a rematch with Ryder, which himself and trainer Tony Sims among others have asked for.

However, Smith is not the ring magazine holder without merit and at 29, remains in the prime of his career and a handful for any super middleweight to curtail.

Here are his options for what could be a career-defining 2020:

Smith is desperate for big fights and none come much bigger domestically than a unification battle with WBO Super Middleweight champion Billy Joe Saunders.

The two-weight world titlist seems to have settled at 168lbs after making the move up from middleweight where he made three successful defences of the WBO crown, which he claimed in his first fight at the higher weight. 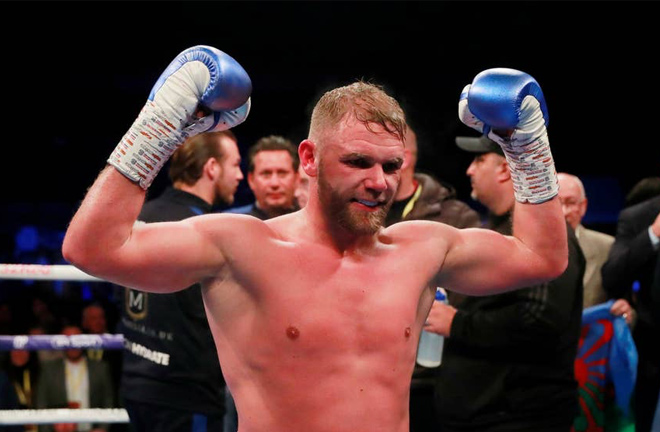 A mouthwatering two-belt clash, with two unbeaten men at similar stages of their careers, with similar ambitions and both yearning for lucrative bouts.

With Saunders now aligned with Matchroom Boxing, the fight is far easier to make than previously and if both parties are willing, then it’s a very realistic possibility for the the spring of next year and with both carrying an army of fans, the fight could end up in a stadium with the right public demand.

Smith, a year younger than his compatriot would likely be the slight favourite heading in with a height and reach advantage, but Saunders has supreme confidence in his ability and as he showed against David Lemieux in 2017, when he’s firing on all cylinders he too is a very tricky customer.

The man everyone is hopeful of facing, Saul ‘Canelo’ Alvarez. Not only is it the most lucrative pay day in boxing, but a victory over the Mexican great would give you the title as the biggest draw in the sport.

Canelo became a four-weight world champion, stopping Sergey Kovalev with a thunderous 11th round knockout to claim the WBO light heavyweight title and making history by becoming just the fourth Mexican to win world titles in as many weight classes.

Since his only loss to Floyd Mayweather Jr in 2013, the 29-year-old has been on a path of destruction beating middleweight rivals Gennady Golovkin and Daniel Jacobs, as well as Smith’s former opponent Rocky Fielding to take the WBA ‘Regular’ super middleweight title as well as a host of other names including Amir Khan. 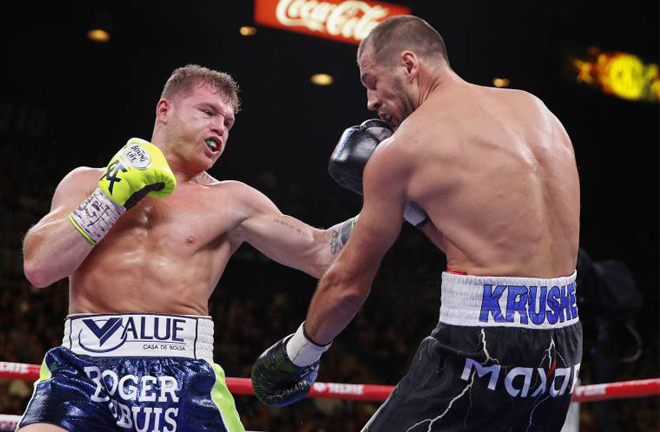 Canelo is in a position where he has the authority to select his opponents and both Smith and Saunders have been touted as either of his next foes.

He has recently relinquished his light heavyweight title and whilst a trilogy with Golovkin has been muted, it remains to be seen which path the Mexican will choose, however it seems improbable he will jump down two weight divisions to face the Kazakh great and thus a dream date at Anfield in May could materialise for Smith against boxing’s biggest name.

Unbeaten WBC champion David Benavidez could be an alternative unification should Smith not secure the above pair, with the Liverpudlian now mandatory for the title following his victory over Ryder.

The 23-year-old is on the ascend, following a difficult period where he was forced to relinquish his belt after testing positive for cocaine from a urine sample collected by VADA. 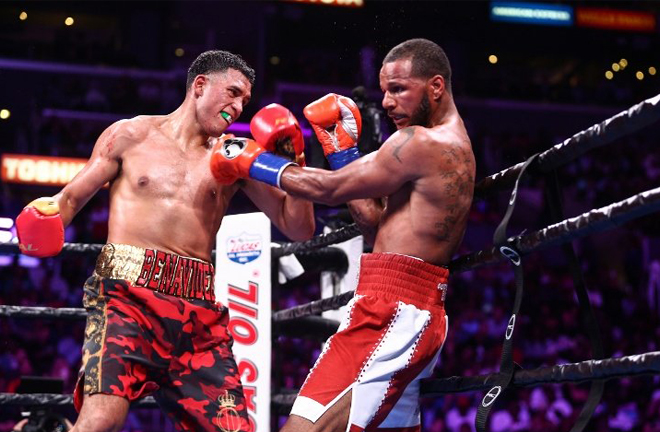 Smith would be the favourite, especially if the fight were to land on home soil, however Benavidez would be coming off a career best win and not short on belief.

The most unlikely option it’s fair to say. The pair battled out 12 gruelling rounds in their WBA ‘Super’ Super Middleweight title fight in Smith’s homecoming in November.

The home favourite took a unanimous decision, however some felt Ryder had done enough to derail Smith’s ambitious 2020 plans. 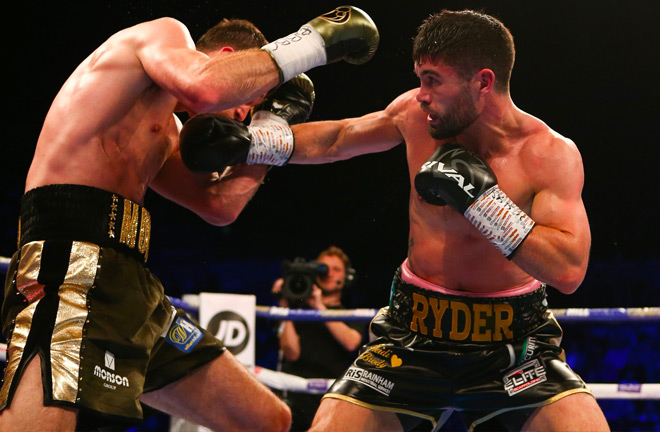 The Londoner and his team requested an immediate rematch, but it appears the sentiment is not shared on the champion’s end, who has no requirement to offer Ryder a second fight, as a mandatory challenger.

Smith himself admitted he he wasn’t at his ferocious best and despite a rematch looking unlikely, the 29-year-old may want to silence any doubters, should he not lockdown a shot at either of the names mentioned, in what would undeniably be a much bigger fight now than the first time around.