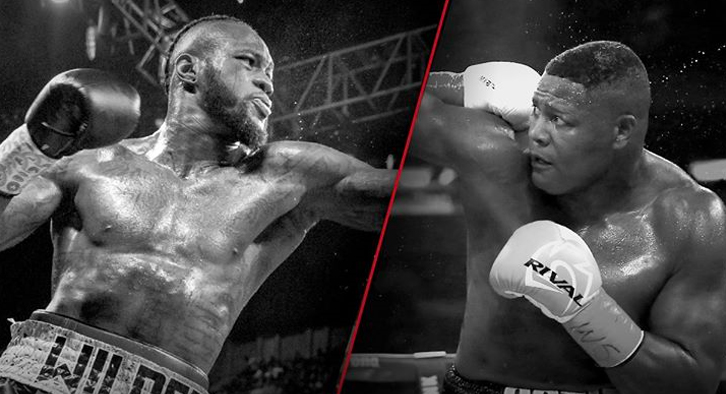 WBC Heavyweight champion, Deontay Wilder is confident he can defeat Luis Ortiz and begin the road to unifying the Heavyweight division.

Wilder takes on WBA mandatory challenger Luis Ortiz on 4th November 2017, at the Barclays Center in Brooklyn and the winner will most likely take on the winner of Joshua vs Pulev, which takes place on 28th October 2017, from the Principality Stadium, Cardiff.

Wilder believes he will add Ortiz to his list of knockouts when the two heavyweights take to the ring.

“I’ve been waiting for this moment for a long time and I’m excited that the time has come to meet Luis Ortiz,” said Wilder. “Ortiz is considered the boogeyman of the sport and I am the hardest hitter in boxing. When you put us together in a ring, you will get one of the best heavyweight fights in a long time. I will unify the division. This I promise. This is the first step towards unifying. Any heavyweight that gets in my way is getting knocked out.”

Southpaw Ortiz was clearly not amused with Wilder’s comments throughout the build up to the fight.

“Wilder has been doing a lot of talking about me and this fight,” said Ortiz. “I’m tired of hearing it. I’m not that big on talking. I like to do all my talking in the ring and that’s what I plan to do. I respect him. I know he hits hard, but I hit hard too. It’s going to be a great fight. I can’t wait to get in the ring and shut him up in front of everybody at Barclays Center on SHOWTIME on November 4.”

Fight promoter Lou DiBella, of DiBella Entertainment, who are promoting the fight alongside TGB Promotions, believes a knockout is on the cards for Ortiz.

“This fight is happening because Deontay Wilder wants to beat the best, regardless of the risk, he will knock ‘King Kong’ off the Empire State Building for the world to see on November 4 at Barclays Center.”

TGB Promotions president, Tom Brown, spoke about the clash and said, “The resurgence of the heavyweight division is going to be on full display at Barclays Center and on SHOWTIME on November 4,  Deontay is facing his toughest challenge yet in the undefeated Cuban, giving him the opportunity to really prove himself. We are thrilled to be a part of the action and can’t wait until fight night.”

For Ortiz, this is his first title shot and the hard hitting Cuban will want to be on top form in order to take down Wilder. And if Ortiz wins, he will become the first Cuban born boxer to win the Heavyweight championship.