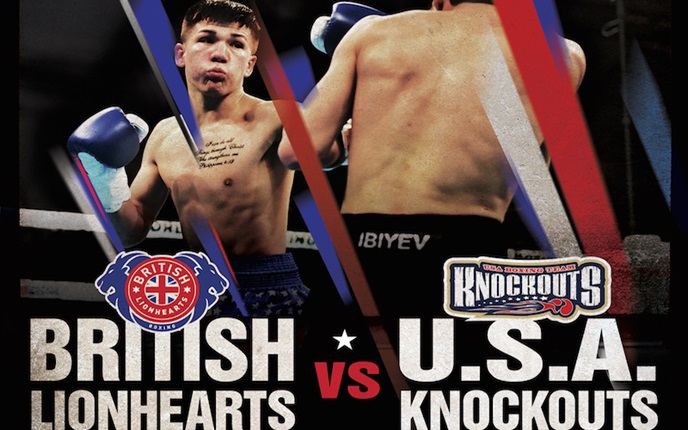 There’s no rest for the Men’s Olympic Team Trials Champions as they head into the 2016 Olympic Year. Just over a month after winning the Olympic Trials for Men’s Boxing, the nine champions and 2016 Olympian Carlos Balderas will begin their Olympic year in the sixth season of the World Series of Boxing. The American franchise, the USA Knockouts, will begin their quest for international success with six upcoming WSB events, three which will be held on American soil in Miami with the rest to be take place internationally.

The USA Knockouts will open season action against Great Britain on Thursday, January 21 at the Miccosukee Resort in Miami, Florida. Shortly after, the U.S. men will return to Miami for an intense series of bouts against Mexico on February 5 followed by Morocco on February 18. The Knockouts will close out the 2016 season with visits to Great Britain and Mexico before their final bout in Miami on April 1. Five weight classes will be contested in each event with half of the weight divisions being showcased in each World Series of Boxing match-up.

Light flyweight Nico Hernandez (Wichita, Kansas), bantamweight Shakur Stevenson (Newark, N.J.), light welterweight Gary Russell (Capitol Heights, Md.), middleweight Charles Conwell (Cleveland Heights, Ohio), and heavyweight Cam F. Awesome (Lenexa, Kansas) will compete in the opening bout in Miami. Admission will be free of charge for the January 21 bout in Miami and fans are encouraged to come out and check out the athletes who will represent the United States this summer in in Brazil. The Great Britain roster is currently being finalized and will be announced when available.

The USA Knockouts are in a group with the Morocco Atlas Lions, British Lionhearts, and Mexico Guerreros and will face the three teams twice in regular season competition. For the full 2016 World Series of Boxing season schedule, click here.

World Series of Boxing showcases five, three minute rounds in duel competition and will provide valuable international experience for the American squad as they head in to the 2016 Olympic Games this summer. Following the World Series of Boxing season, the Olympic Trials champions’ participation will qualify them for the second international Olympic qualifier, a WSB/APB event in May in Bulgaria.

American lightweight Carlos Balderas (Santa Maria, Calif.) qualified his berth for the 2016 Olympic Games via his 2015 performance in the World Series of Boxing.

Season VI of the World Series of Boxing got underway in spectacular fashion on Saturday night, as WSB debutants the Türkiye Conquerors secured a hard-earned win against the China Dragons in Istanbul.

A home win quickly looked unlikely, with the Dragons’ light flyweight He Junjun taking the honour of winning the first bout of the season, his energy keeping him on top against the tough Turkish southpaw Hamza Kartal. Having overcome his early nerves, Junjun turned up the heat in the third round, landing some excellent counter-punches to secure a fourth career WSB win and a dream start for the visitors.

That left the inexperienced 19-year-old Turkish bantamweight Hakan Cigdem to try and regain control of the match for the Conquerors, but a big left in the opening round from his opponent Xu Boxiang put him on the back foot. That dominance continued until the fourth round, when a technical knockout ended the one-sided affair to give the Dragons a commanding 2-0 lead.

London 2012 Olympian Yakup Sener. The Turkish team’s most experienced boxer steadied the ship with a masterful and controlling display, his quick jabs proving too much for his fleet-footed opponent Meng Caicheng. As the judges awarded Sener the bout, Turkey were suddenly given a route back into the match.

The China Dragons’ 28-year-old middleweight Zhao Minggang then had the opportunity to take the tie beyond the home team’s reach against Evren Tibukoglu, five years his junior. Zhao landed cleanly in the opening round, but a series of lethal uppercuts from Tibukoglu in the second round handed him control of the bout and ultimately brought Turkey back to 2-2 on the night.

With the match wonderfully poised, Turkey’s top heavyweight Seyda Keser seized the moment to deliver a stunning performance and an unlikely victory for the home team. The Dragons’ 20-year-old Yu Fengkai rarely looked in the contest and was knocked down in the second round before his team called time on the bout, leaving Turkey to celebrate an incredible victory in a frantic packed arena.