Gib was certainly pumped up as he made his way to the ring, and Paul was full of bravado as he walked to the ring sporting a Deontay Wilder style mask.

After the introductions from David Diamante, it was down to business, and a step into the unknown for both men. 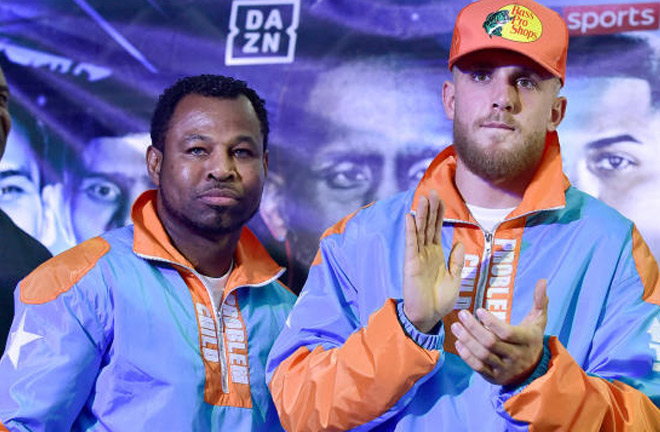 Shane Mosley trained Paul found Gib simply too easy to hit from the off. Gib did land with a couple of rights, but that was as good as it got for the man from Bath. Paul found his man too square on, making him an easy target, and a swinging left, followed by a right put Gib down for the first time. On the resumption, a flurry of punches and a short left hand left Gib clutching the ropes, leading to another knockdown being scored.

Paul kept swinging, and a right hand buzzed ‘Gibber’. A left-right combination then dipped Gib’s knees, forcing the referee to intervene with more than 40 seconds left on the clock in the opener.

Post fight, talk turned to the next money spinning options available to Paul. He explained that he had been training for five months, and he didn’t get a chance to showcase his boxing ability. 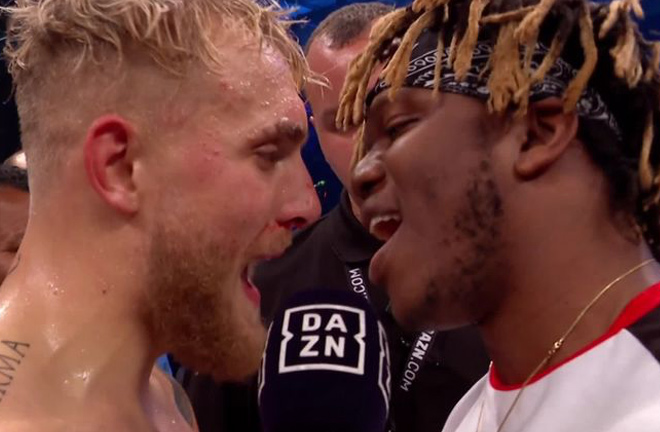 “KSI is next!” Said Jake. The two then squared up to each other face to face in the ring, and exchanged insults, clearly to stoke the fires early ahead of a clash later this year.

Jake’s brother Logan was also quick to bang the drum for Jake to meet KSI next, and to avenge the defeat suffered by Logan late last year. No doubt that bout will be promoted and hyped to the hilt, as another box office attraction sadly looms.