Under the watchful eye of trainer Henry Ramirez, the confident Arreola shadow-boxed, hit the mitts, clubbed the heavy bag, ripped the speed bag and did a series of conditioning exercises during an energetic 80-minute workout.

The confident, popular, talented Arreola, who has had only one fight go the distance (24 by KO, two by DQ – on the way to a KO), will try to make history by becoming the first boxer of Mexican descent to capture a World Heavyweight Championship.

Tickets can be purchased at STAPLES Center, all TicketMaster outlets, by phone (800) 745-3000 and online at www.ticketmaster.com.

The 12-round world championship will be promoted by K2 Promotions in association with Goossen Tutor Promotions. It will air live on HBO at 10 p.m. ET/7 p.m. PT.

What Arreola and Goossen Tutor President, Dan Goossen, had to say Wednesday:

“I’m gonna win this fight, I’m gonna do it. The only thing I can do is go in there and put on a great fight for the fans in Los Angeles.

“Am I in the best shape of my life? Come Sept. 26, I will be. We still have two-and-a-half more weeks left of training and I’ll be there. There’s still a little bit more work to do. Come fight time, I’ll be ready to go 12 rounds.

“I’ve worked my butt off to get here and I’ve always seen this day coming. The good thing about it is I’ve been working my way up slowly but surely.

“Right now, I’m just staying home. Whenever people do see me, they congratulate me and wish me the best of luck. But I’m trying to stay focused and stay away from all that.

(On whether he will continue to live in Riverside with a victory):

“I’ll stay in Riverside. But, I’ll probably get a bigger house. That’s about it. I love being in Riverside. Not to take away from LA, but I’m just so used to being around there. It’s a whole different atmosphere from here. People are more relaxed.

(On working out in Joe Goossen’s gym):

“This gym is a gym. That’s exactly what it is. What you see is what you get. I don’t need fancy stuff, I have everything I need right here. Boxing bags, ring, speed bags. That’s it. There’s no need to go to a fancy facility or anything like that. I’m a rugged dude. I’m not trying to take anything away from it, I love it. It’s a great gym, it smells like boxing.

“Of course, I plan on unifying the titles. That should be the main goal of every fighter who wants to win the title. Of course, I want to be the undisputed heavyweight champion, but first things first, let’s go get the WBC title and then we’ll go after the rest of them.

“It really doesn’t matter to me who I fight. That’s up to Dan (Goossen). To me, my main goal is to unify the titles, no matter who it is.

“How do I relax? Play Madden. Play video games all day. I enjoy playing video games. It just relaxes me and takes my mind off of everything because you have to focus on your offense and defense.

“According to all the internet websites, I’m weighing upwards of 280 (pounds) or something like that. You know what; right now I weigh in the low 260’s. Come fight time, I’m probably going to be 200 pounds (joking).

“Everything is going really good. I’m just adapting to working out twice a day. It’s a hard thing and my body is still getting used to it.”

“This (Arreola) is the man that’s going to bring excitement back to the heavyweight division.

“All the fans that have ever seen him can’t wait to see him again and again. He brings electricity to the right, along with sleeping power for his opponent.

“We’re going to go out there and have a great fight on Sept. 26, and I know heavyweight history is going to be made by Cristobal Arreola.” 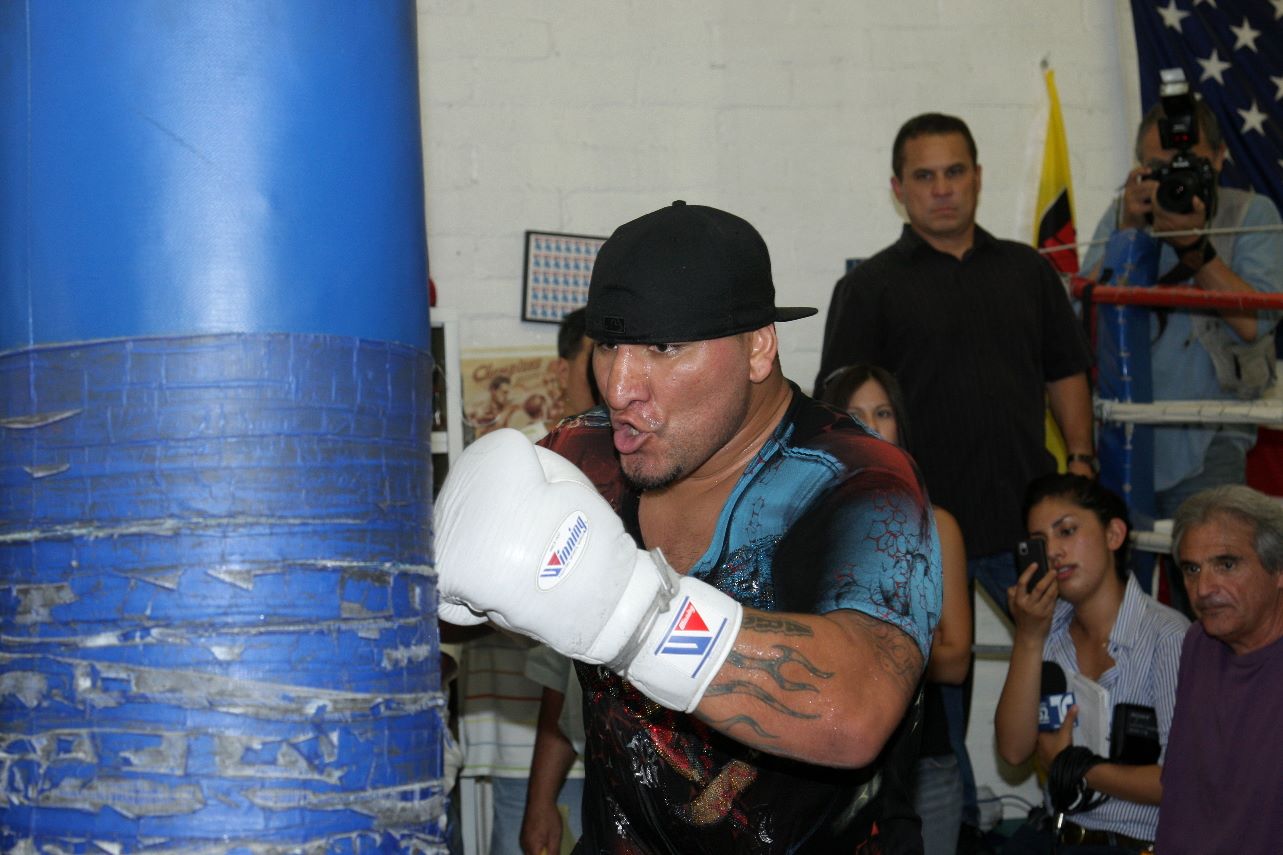 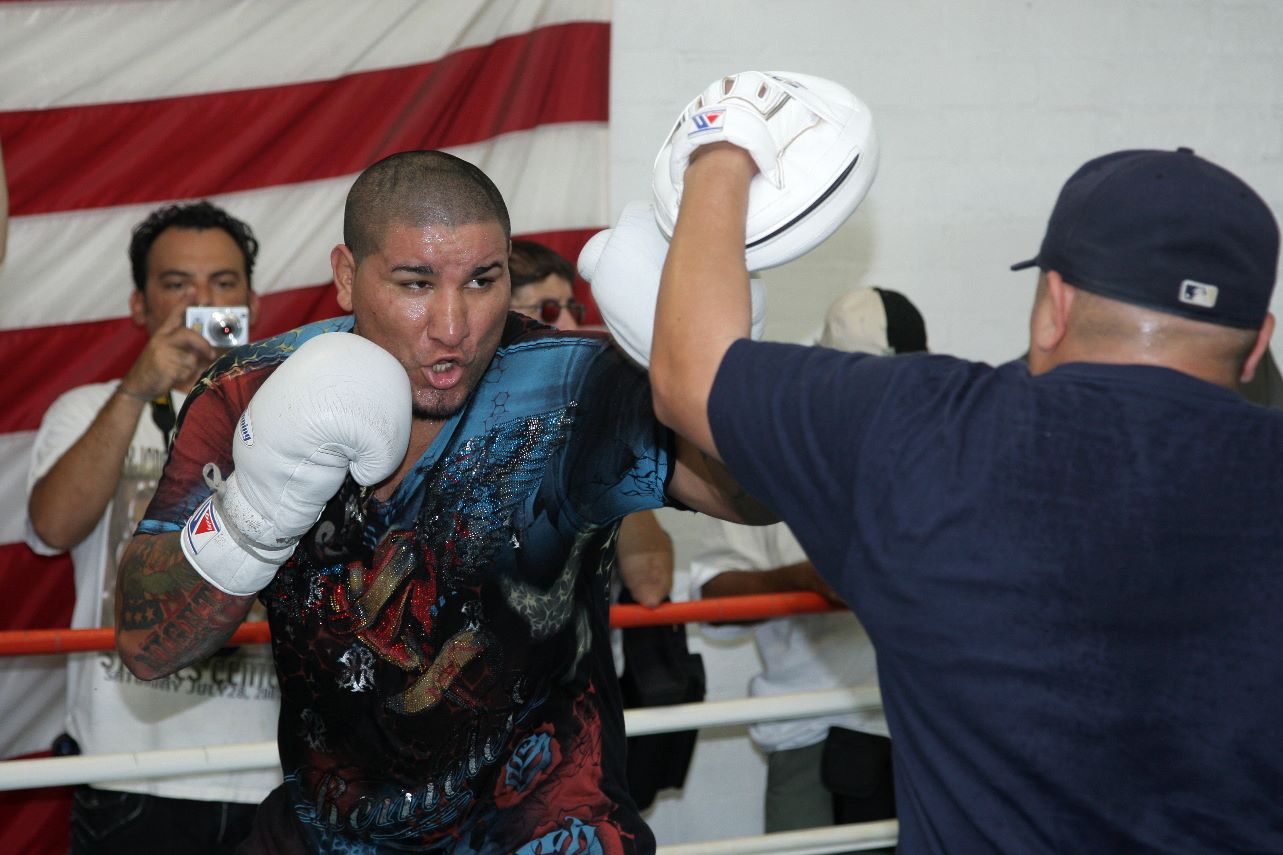 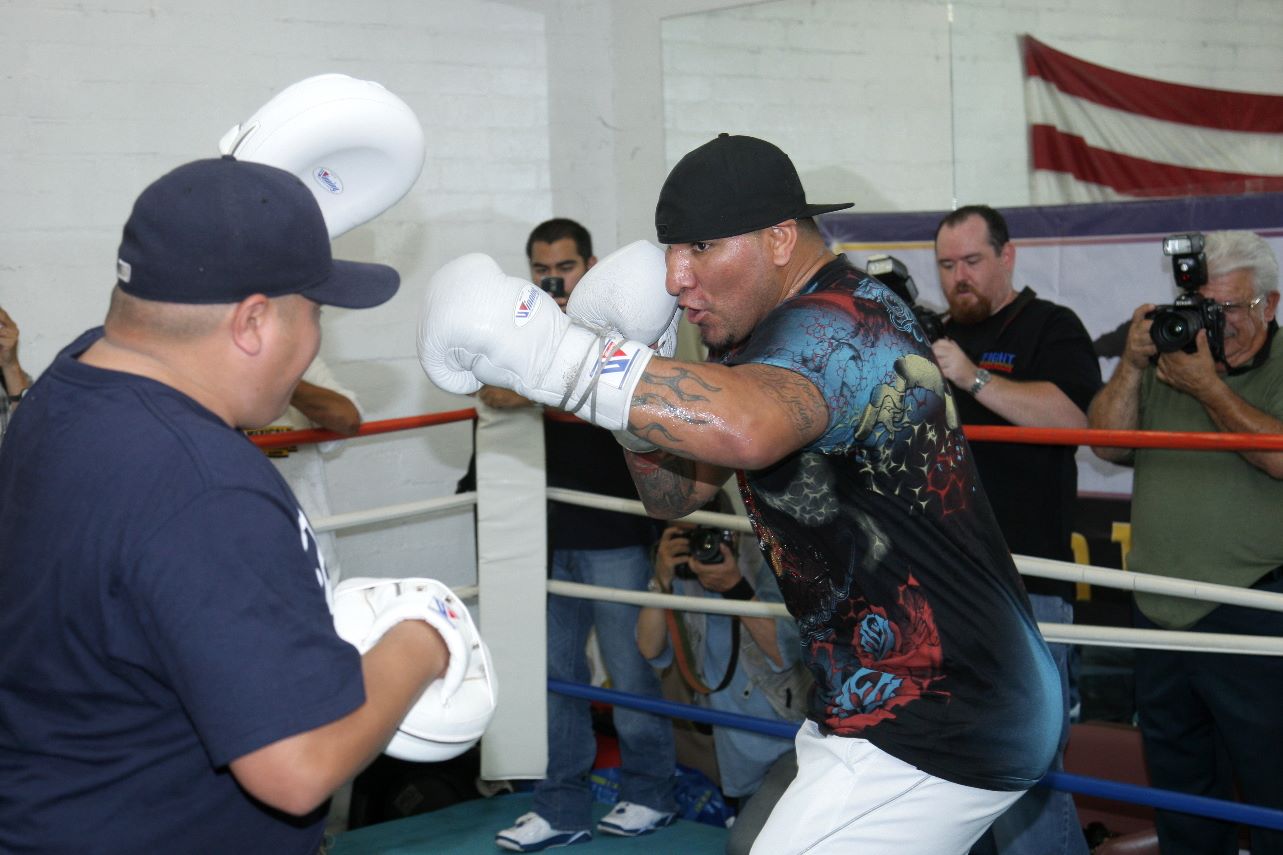 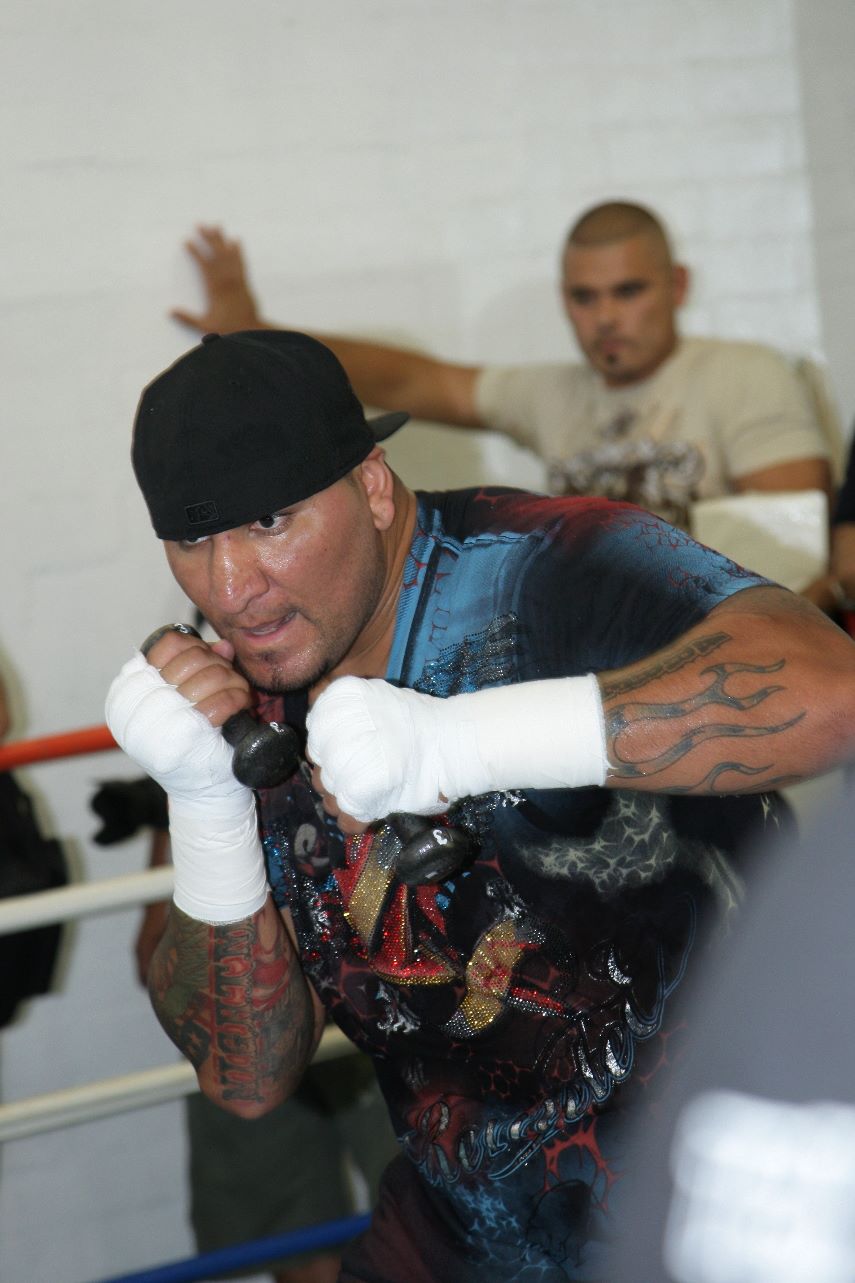 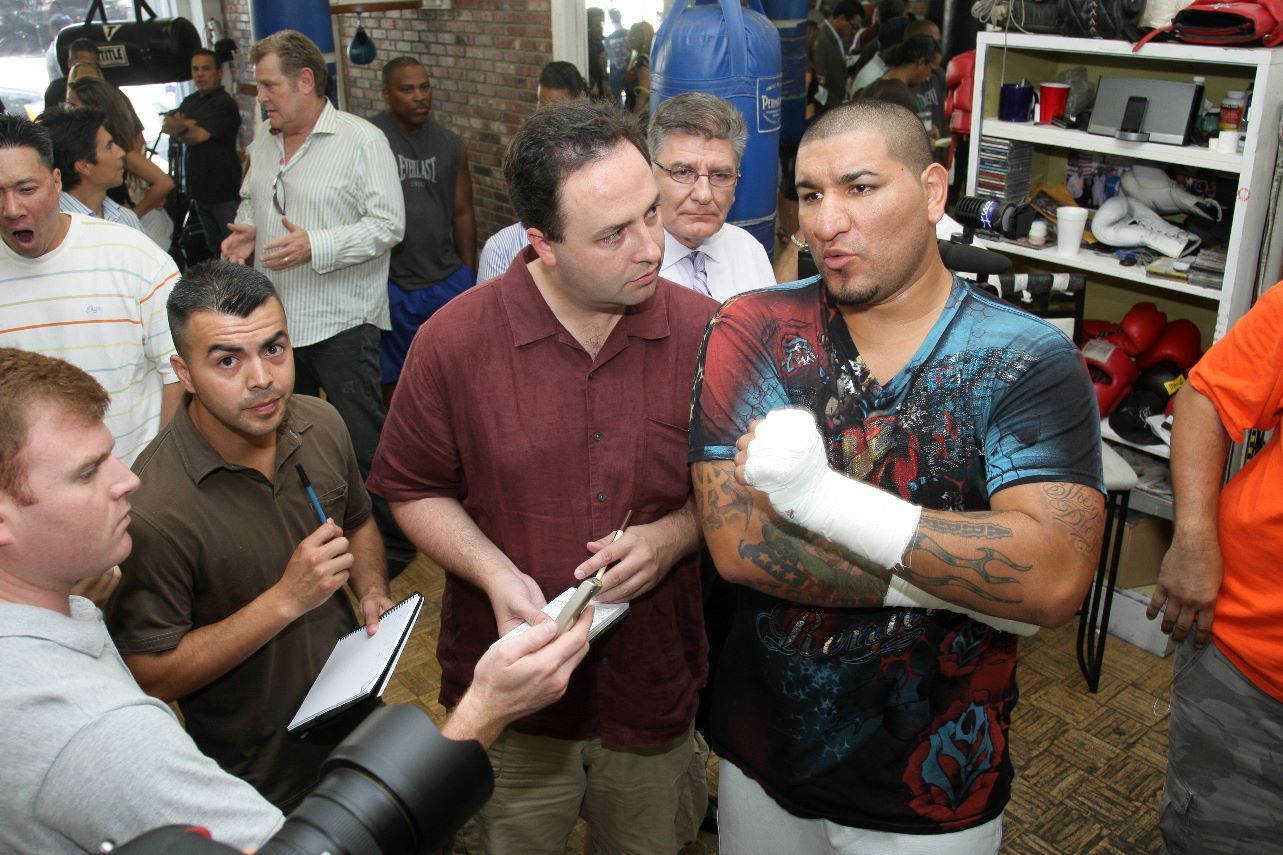 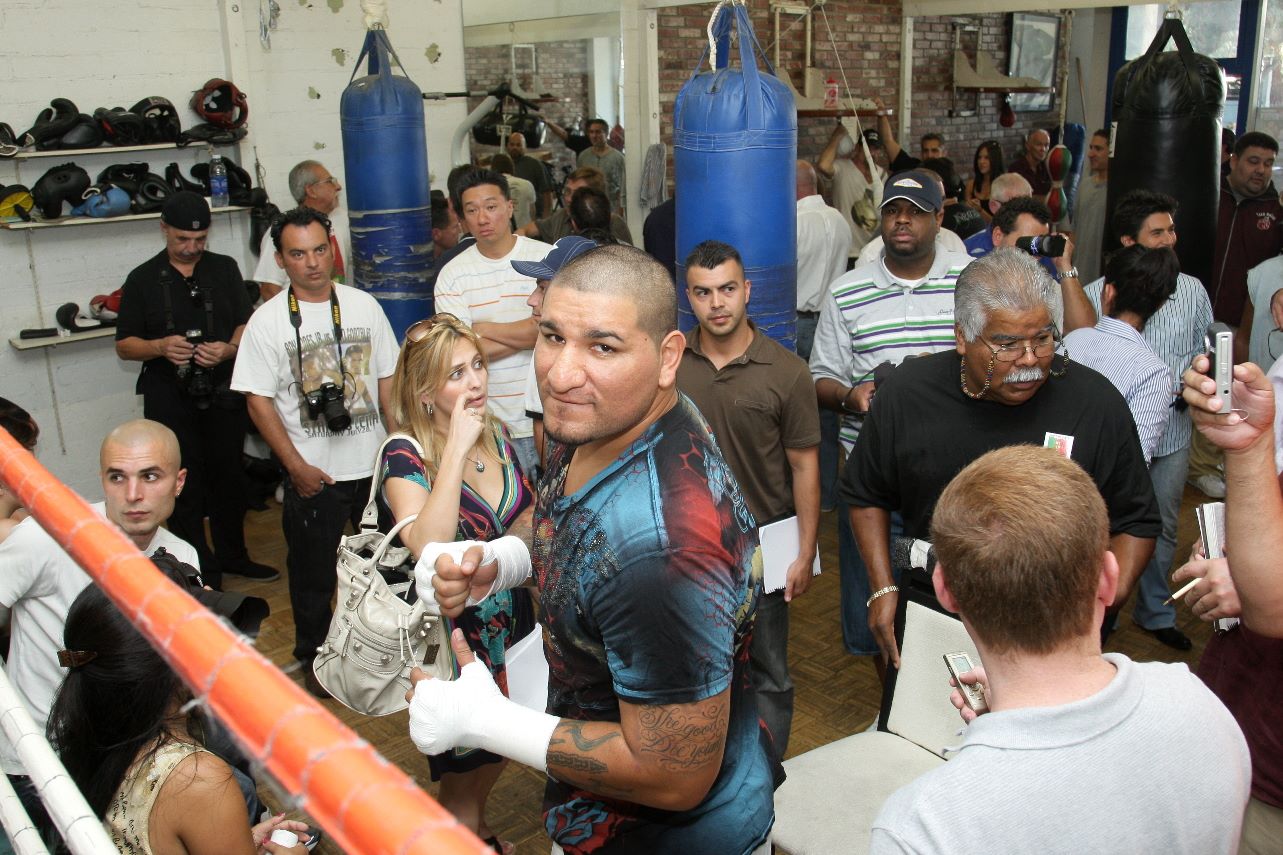 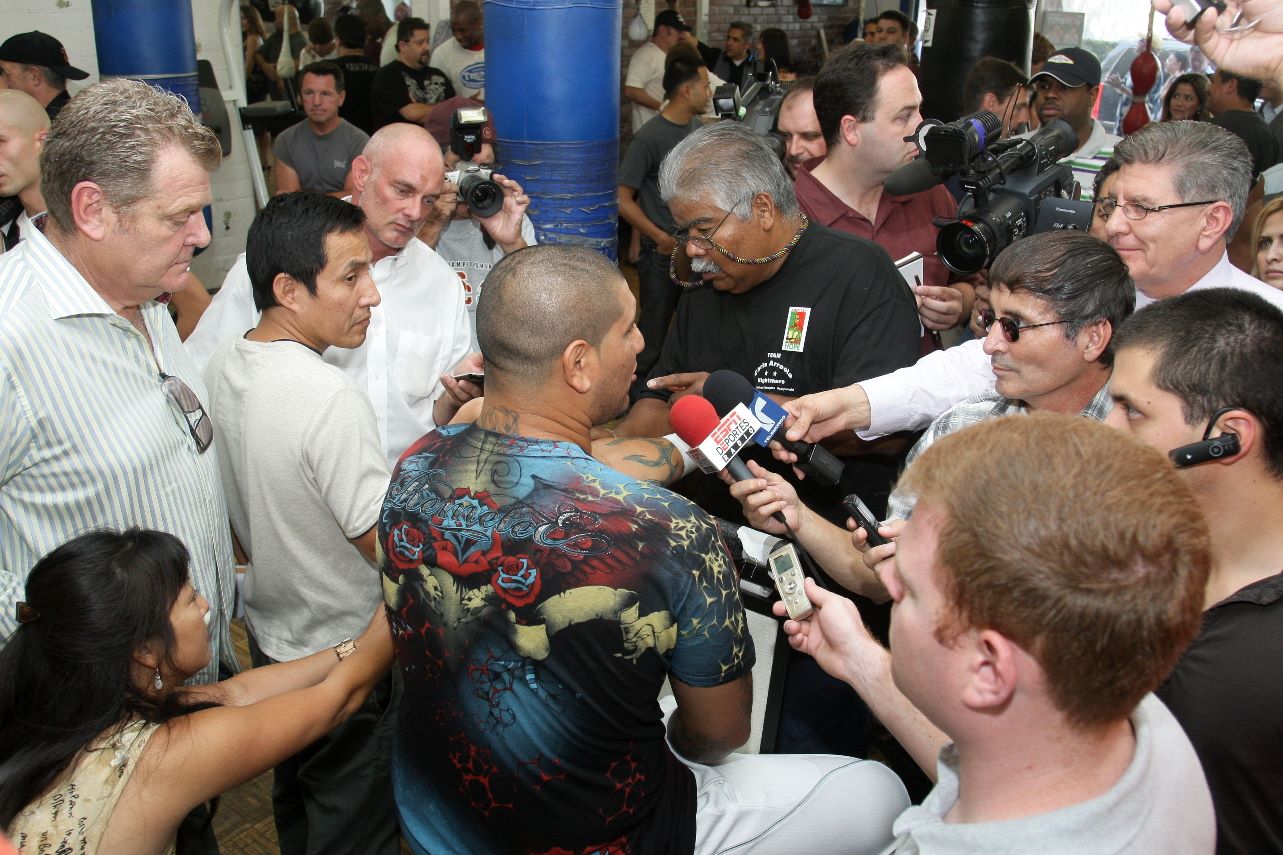