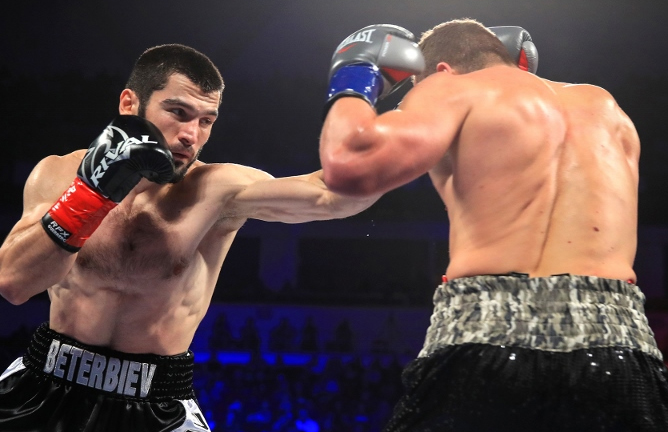 Though not a spectacle, Artur Beterbiev defeated Enrico Koelling to capture the vacant IBF Light Heavyweight title on Saturday night in Fresno, California.

The fight though could have been better,  Beterbiev had not competed since December 23rd and this was evident through his rustiness in the ring in the opening rounds.

And it didn’t help that Enrico Koelling wouldn’t really put up a fight, with very little engagement between the two. The lack of action deterred the crowd and boos rung across the arena.

The action actually began in the 11th round, where Beterbiev became more aggressive and caught Koelling with a right to the head but the German was able to make it through into the twelfth.

But the twelfth saw the German head to the mat twice as Beterbiev knocked him down mid way through the round only for Koelling to beat the count. But moments later, the German was down again and this time the referee, Dr. Lou Moret, stopped the fight.

The IBF Light Heavyweight title was previously worn by Andre Ward, but since he vacated the title and retired, we now have a new champion in Artur Beterbiev.

A potential match up with no.4 ranked in the IBF, Oleksandr Gvozdyk, could be on the cards as the Ukrainian was at ringside to watch the fight.