Crawford, a former lightweight as well as undisputed junior welterweight champion, will be making his third 147-pound title defence since knocking out Jeff Horn for the strap back in June 2018.

These fighters couldn’t be further apart in terms of sheer accomplishments and skillset. Crawford is a generational talent and regularly ranked among the top 3 pound-for-pound fighters in the world.

The Omaha native is coming off a controversial 6th round TKO of Amir Khan in April. It was a fight that Crawford was thoroughly winning until he nailed Khan with a low blow that ended the fight because Khan told trainer Virgil Hunter that he couldn’t continue. 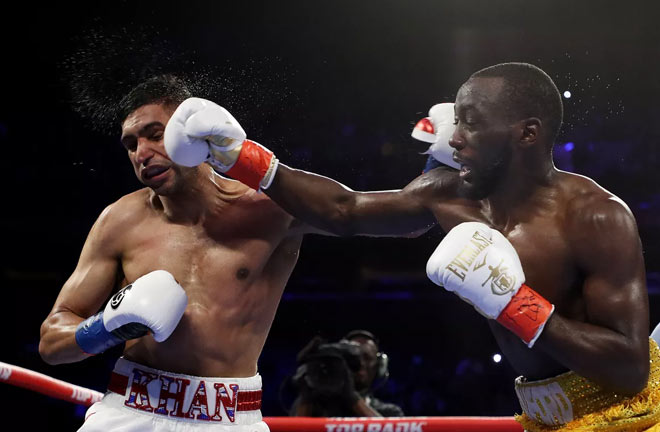 In hindsight, Crawford could have been disqualified but was instead awarded the win to maintain his unbeaten record and successfully defend the title. Just six months earlier, “Bud” brutally stopped Jose Benavidez in the final round to end their bitter feud.

This is not the fight that many fans want to see but Crawford has to get past mandatory Kavaliauskas to secure the bigger fights at 147.

Two-time Olympian Kavaliauskas will relish his opportunity against one of the sport’s elite. Crawford is expected to have his hands full against the undefeated Lithuanian, the fourth undefeated opponent that he has faced in his last five fights.

In fact, Crawford has fought many fringe-level opponents throughout his decorated career and whipped them all. 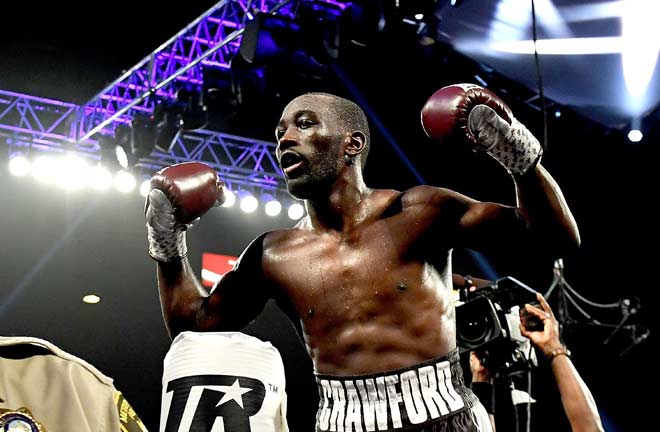 Kavaliauskas will try to be the exception as he prepares for what is easily the biggest test of his entire stint as a pro.

“I have prepared my whole boxing career for a fight of this magnitude,” said Kavaliauskas.

“Terence Crawford is an excellent fighter, but I fear no man.

“Nobody has seen the best of the ‘Mean Machine’ yet. I am going to shock a lot of people on Dec. 14, but it won’t be a surprise to me. I earned this title shot. It is my time.”

The Lithuanian is widely known for his toughness but was less than impressive last time out earning a majority draw against Ray Robinson in March. The lacklustre performance jeopardised his shot at Crawford until Top Rank awarded the mandatory challenger slot to him.

A consistent knock on Crawford is that it’s difficult to assess his greatness because he hasn’t fought any of the more talented fighters at 147. Others charge that he did not fight the very best at 140 and left the division as rising stars like Josh Taylor, Jose Ramirez and Regis Prograis were emerging.

Top Rank CEO Bob Arum has made it clear that he wants to match Crawford against either Shawn Porter or Errol Spence Jr in 2020. 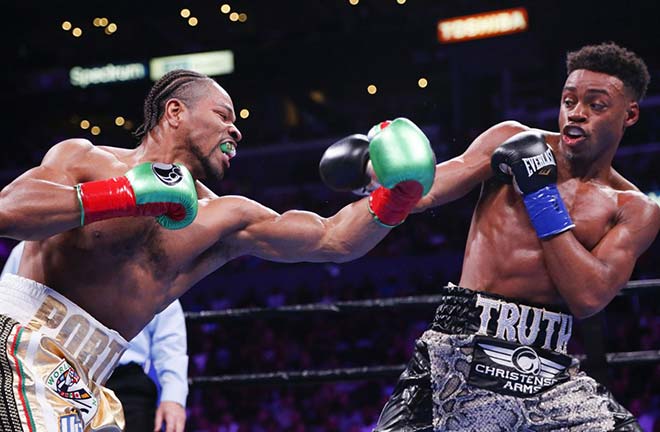 Getting those fights have been elusive as unified welterweight champion Spence Jr is recovering from a horrific car crash in October and is unlikely to take a risky fight whenever he returns.

Kavaliauskas is both speedy and powerful and could make things very interesting if he can land the right hand on Crawford. Most experts agree that he’ll need a bit more help on fight night to truly spring the upset.

Kavaliauskas will give a good account of himself I’m sure but he is out of his depth here. Crawford is the heavy betting favourite at 1/12 to beat the Lithuanian and retain his title and few will argue with those odds.

The challenger is not among the elite in the stacked welterweight division. This will be a serious step up in class when he takes on Crawford at Madison Square Garden.

Kavaliauskas will probably need a knockout to win or hope that Crawford suffers a freak accident because he will not be able to outbox him. All signs suggest that this fight will be a mismatch from the opening bell and I see Crawford dismantling a brave but hopelessly overmatched Kavaliauskas inside the distance.

Verdict: Crawford by 6th round TKO

Check out our undercard preview and predictions

Joshua praises Fury for his win over Wilder, reacts to training offer

Joshua praises Fury for his win over Wilder, reacts to training...