Gervonta Davis defeated Yuriorkis Gamboa by TKO in the twelfth round to win the vacant IBF lightweight title on Saturday night at the State Farm Arena in Atlanta.

Davis was winning comfortably by scores of 109-98 (twice) and 109-97 on the judge’s scorecards at the time of the stoppage.

According to CompuBox punch stats, Davis landed just 120 of 321 punches (37 percent), averaging a mere 28 punches thrown per round. Gamboa was more active landing 78 of 617 shots (19 percent).

The card was particularly historic in that it featured the first world title fights in the city in decades. 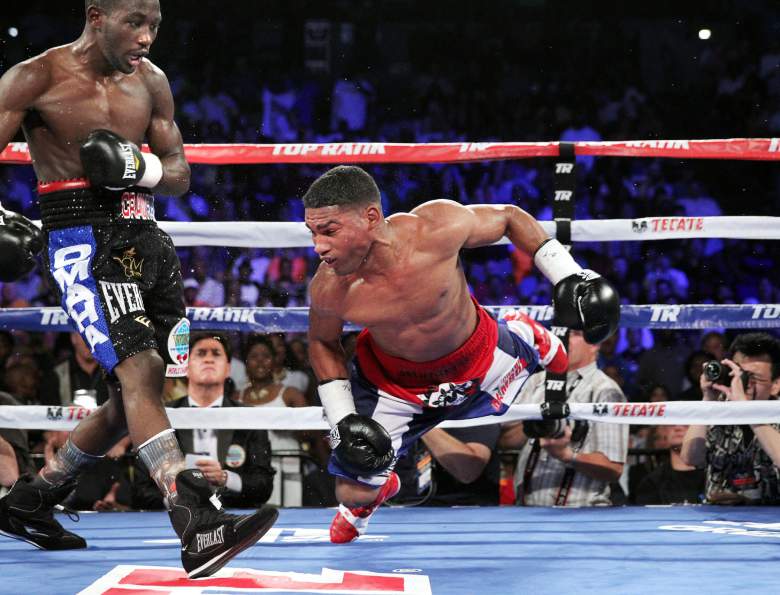 Gamboa had suffered knockouts in his two previous losses to Terence Crawford in 2014 and to journeyman Robinson Castellanos in 2017. Davis was pushed beyond the ninth round for the first time in his career but knocked Gamboa down in rounds two, eight and twelve.

Davis pressed Gamboa from the opening bell with a couple of left hands to the body and would look to keep the action in the center of the ring. It didn’t take long for Gervonta to make his power known as he would put the Cuban down in the second round with a hard left following a jab.

Gamboa was mostly immobilized in round three and couldn’t find proper footing on his right leg due to broken shoe. The referee insisted that the bout continue though and Gamboa was forced to continue fighting as Davis began to walk him down.

Davis continued to dominate through the mid-rounds and forced Gamboa to clinch frequently with brilliant combinations and hard uppercuts.

Curiously, Davis fought more conservatively from the eighth round forward but displayed great presence of mind when he stepped back, created space to uncork a left that dropped Gamboa for the second time during the fight. 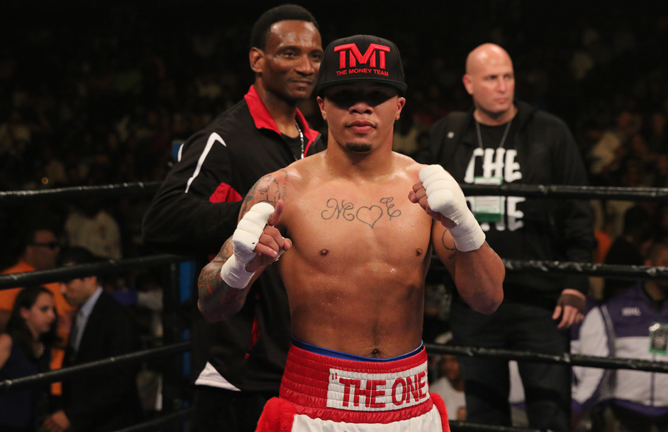 Gamboa continued to fight on albeit on pure heart and guts as “Tank” steadily increased the pressure. Gamboa perhaps had his best round of the entire fight in the tenth when he rocked Davis with a three-punch combination.

The 38-year-old veteran extended Davis even though he lost the vast majority of rounds to the younger and fresher man. Gamboa came awfully close to going the distance before he was caught with a combination punctuated by a short right hook in the twelfth that signaled the end.

At that point, “Tank” really started to pour it on, and dropped Gamboa for a third time with a left uppercut that caused him to land with a thud. The ref didn’t bother this time to register a count and waved the fight off.

Davis was critical of his performance in the aftermath.

“I believe my performance tonight was a C-plus,” Davis said. “It was a great experience. I’m only 25 years old. I’m learning each and every day.”

Davis’s battle with Gamboa almost didn’t happen. Davis arrived nearly two hours late to the Friday weigh-in and then narrowly missed the 135-pound weight limit when he tipped the scales at 136.2 pounds on his first attempt on Friday.

The weight debacle would irritate Davis causing him to shove Gamboa as they stood face-to-face on stage and ignited a mini brawl that took several minutes for Atlanta police officers and security to control. The Baltimore native was given one hour to drop the 1.2 pounds needed to make the championship weight.

The former junior lightweight champion would make the 135-pound limit on his second attempt under the watchful eye of Gamboa’s team. However, he still had to pay an undisclosed fine out of his seven-figure purse to the Georgia Athletic & Entertainment Commission while part of that fine will be paid to Gamboa.

Unfortunately, this was not Davis’ first problem with making weight. He was stripped of his IBF junior lightweight title, the day before beating Francisco Fonseca by eighth-round knockout back in August 2017.