Frank Warren and Bob Arum addressed the media at lunch in Mayfair yesterday to launch the UK activity ahead of the World Heavyweight Title showdown between Lineal champion Tyson Fury and WBC title holder Deontay Wilder, now officially confirmed to take place at the MGM Grand Garden Arena in Las Vegas on February 22.

The co-promoters for the long-awaited rematch between the unbeaten top two in the world – both Hall of Fame inductees – spoke in detail of their great expectations for the biggest fight that can currently be made in the heavyweight division, for which tickets are now on sale.

“This is a massive fight,” stated Warren, who brought Fury back into the world heavyweight fold in 2018 and into his original collision with Wilder.

“This one is between two undefeated fighters, the No.1 and No.2 in the world. These are the two best heavyweights in the world who had a fantastic fight first time around and, for the fans, it doesn’t get any better.

“It was a very exciting spectacle just over a year ago, with the most dramatic last round of any fight in recent years. It is the consummate boxer against a guy who is the most dangerous puncher in the last 30 years. At any stage, any second of the fight, Wilder can pull a big punch out.

“But, in the first fight, Tyson came into it having dropped 11 stone over a six-month period. Going into this fight he is absolutely spot-on with his weight and is just training for the fight, rather than training to lose weight.

“This fight was made for last year before Tyson’s deal with ESPN came along and, while it might have been a frustrating wait for the fans, the upside is that it is a much bigger fight now due to Tyson’s ever-increasing profile in the USA,” added Warren, who attempted to place the forthcoming sequel amongst the multitude of major events he has staged over his 40 years in the business.

“It has got to be up there, hasn’t it? It is the biggest heavyweight fight, in my estimation, since Lennox Lewis fought Evander Holyfield.” 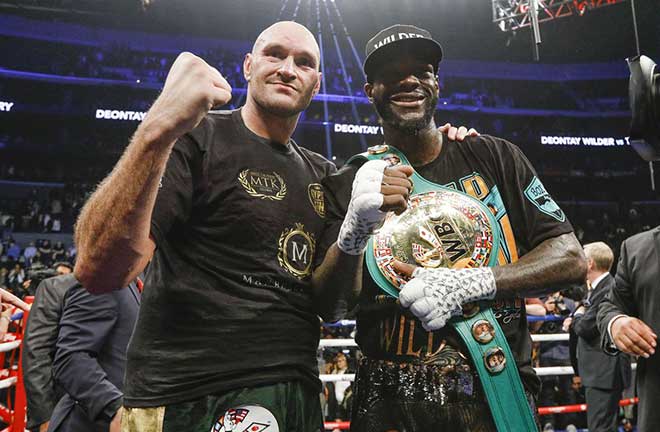 Having been dealt harsh cards by the judges at the Staples Center first time around, there has been suggestions that Tyson will be preparing to go for an early finish and therefore leaving the ringside officials with no decision to make.

Warren believes his man will deliver a show-stopping finish, but doesn’t believe such an exit strategy is essential.

“No I don’t. I actually do think Tyson will stop him but, having said that, I don’t see Wilder doing anything differently than he did in the first fight, albeit he is a dangerous sod. I see Tyson comprehensively out-boxing him this time around before either stopping him or winning on points by a wide margin.

“There has been a lot made of the situation regarding the officials and we will deal with that. As things stand though, I think more people in the States know Tyson than know Wilder so it will be like he is the home fighter.

“The Brits will be there in thousands as well to get behind their man and they will take over Las Vegas.” 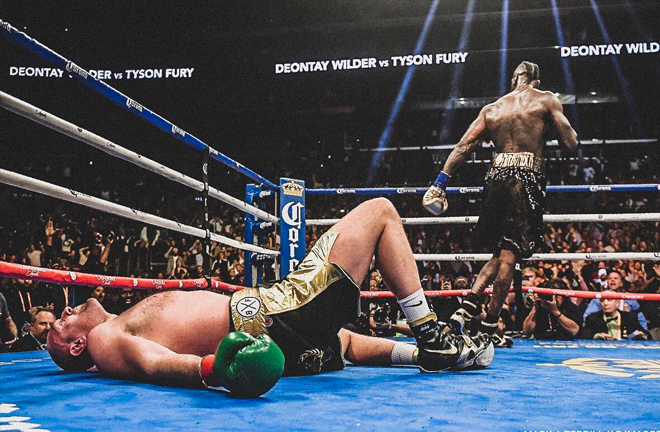 For his part, Arum says he is looking forward to another working collaboration with his UK counterpart Warren, with the pair having jointly staged a number of shows across their lengthy stints in the sport.

“It is fun and we work very, very well together,” said the Top Rank President. “This is an event that has a lot of interest both sides of the pond, so that is good and what I like.

“This fight has taken on a life of its own and will be the biggest boxing event in years. Particularly because it has the two biggest sports networks in the US behind it in ESPN and Fox.

“They do all the major sporting events and will be plugging this fight from now until February 22. Tyson Fury was not known in the United States and he took everybody by surprise when he fought Wilder.

“Now, thanks to ESPN, he’s been built up to be a huge personality in the sport. Wilder has been doing a lot of campaigning too and I think this is going to an event that will go into well over two million homes on pay-per-view.

“It was certainly well worth the time spent in building him up in the US. I cannot believe that Fury would have the popularity and notoriety that he now has without the build-up on ESPN and what he did with the WWE wrestling definitely helped!

“There will now be continuous promotion of Fury-Wilder across the networks and that is something we have never had before. The public over there has a very short attention span so you’ve got to go back to the well each time and hit them with it time and time again to refresh their minds.”

Veterans of staging fights that capture the imagination of the wider population outside of the boxing fraternity, Arum believes himself and Frank Warren are onto another winner that will have the world tuning in.

“It is so hard to say where this fight sits amongst ones we’ve done before because events were so different before. I did most of those great fights with Hagler and Hearns, Leonard and Duran – and those were huge, huge events.

“Later with Mayweather and Pacquiao, Oscar de la Hoya… I have done so many big events and it is very hard to categorise this. It will be a huge event. Will it be as big as Ali-Frazier if that took place now? Probably not, but only because Ali-Frazier had political issues, which this fight doesn’t.

“We’ll sell it out completely,” added Arum, who then responded to the question of if he has come across a character like the Gypsy King before.

“He is a promoter’s dream and it reminds me of when I promoted Ali. Ali was such a brilliant self-promoter, but a lot of people would then give me credit for having him say this or that. Of course I had nothing to do with it.

“It is the same with Tyson Fury. The only input I have is to have my staff tell him where he has to be at a certain time. You don’t tell Tyson Fury what to say.”

Arum concluded by concurring with his co-promoter in that they firmly believe they have not witnessed a bigger puncher at work than Wilder.

“I haven’t seen a guy with that one-punch power; I’ve never seen anything like it. It is actually accentuated by the fact he doesn’t know how to box. He is a horrible boxer. He puts on a clinic of how not to box, but he has that right hand and it is like a laser that will find the most vulnerable part of his opponent’s anatomy.”

Tickets are on sale now and can be purchased at www.mgmgrand.com or www.axs.com. The event is promoted by BombZquad Promotions, TGB Promotions, Top Rank and Frank Warren’s Queensberry Promotions. A Premier Boxing Champions presentation.