The latest show in the Top Rank/ESPN collaboration sees the promotional arm branch away from The Bubble at the MGM Grand Las Vegas this Saturday, and into the Gimnasio TV Azteca in Mexico City, Mexico. Topping the bill is one of the biggest punchers in the sport today, as he performs in front of a home crowd.

It’s a dip into Featherweight waters for San Juan Zitlaltepec native Emanuel Navarrete (31-1, KO27), as the WBO Super-Bantamweight champion goes up to the 126 pound weight class for the first time this weekend.

A 50/50 fight though for him it is not, as he is pitched in with the unspectacular Mexico City man, Uriel Lopez (13-13-1, KO6), in what is surely designed to make Navarrete look as good as physically possible over a scheduled ten rounds.

Navarrete has been going through opponents early at an alarming rate, and 27 of his 31 victories have come inside the distance. He turned professional at just 17, and after five straight first round victories, his sole career reverse came five months after his debut, with a July 2012 four round points loss to Daniel Argueta.

Navarrete has remained unbeaten ever since, and has left a trail of bodies in his wake, with only four men lasting the distance with him. After fighting exclusively in Mexico, Navarrete crossed the border in December 2018 to challenge for the WBO Super-Bantamweight crown against the tough Ghanian, Isaac Dogboe at Madison Square Garden, and he became the new champion via unanimous decision.

The fight was close enough to warrant a rematch, and after knocking Dogboe down in round six, Navarrete stepped on the gas in the final round to drop Dogboe again, and force his corner to throw the towel in.

His sole bout of 2020 came on the big Tyson Fury and Deontay Wilder bill in Las Vegas back in February, and he stopped Jeo Santisima in the eleventh when well ahead on the cards.

Big things are expected of the Mexican, and he should look good against tailor made opponent Uriel Lopez this Saturday night.

Lopez is a win one, lose one type of fighter, and few expect the 25-year-old to cause a major upset here. His most significant victory came in May 2016, when he went to Japan’s Ryo Matsumoto’s back yard, and stopped the then 17-0 favourite in five rounds. Matsumoto did return the favour in December of the same year though, stopping Lopez in six.

Lopez is 3-6 in his last nine fights, and has lost his last three starts. He shares a common opponent with Navarrete in Jeo Santisima, with the Filipino taking a wide points win in his hometown in November 2018. His most recent fight came against Alan Salazar in December 2019, where he dropped a split decision in a Mexican derby.

Prediction: Lopez has been stopped three times previously, and Navarrete is a massive puncher. The aim here is to keep Navarrete’s name out there for big 2020 contests to take place. I don’t envisage Lopez lasting long, and once the heat is applied, I can see Navarrete getting the job done inside the first three rounds.

The undercard is unsurprisingly sparse, and is spearheaded by Carlos Ornelas (25-2, KO14), who takes on Edwin Palomares (12-3-1, KO3) in a ten rounder. All of the fights on the bill are Mexico v Mexico encounters.

The show is rounded off with a six rounder at Flyweight, where Ivan Armando Garcia Carrillo (5-0, KO3) meets Roberto Palomares (5-4-1, KO1) 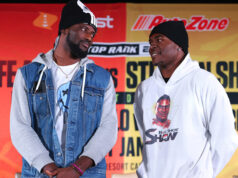 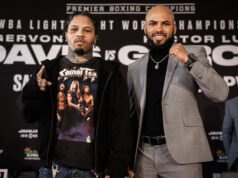 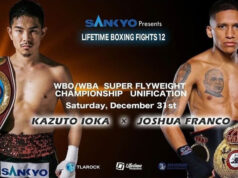 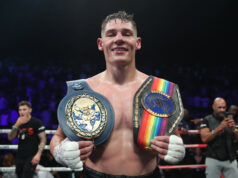