“I was at home and I heard a very loud noise so I went downstairs to see what it was. Only to find in my house, in my living room, my father standing with these two large people. One was Muhammad Ali, the other was Don King. That loud noise was Don King’s laughter.”

The first memory of the president of the World Boxing Council [WBC]. Mauricio Sulaiman was born into boxing, aged just five when his father, Jose, took over the presidency until his death in 2014. Mauricio took over at the helm in 2014 and has looked to continue his fathers legacy.

“The first fight I ever went to. My father brought me, I went with him. It was in Mexico City,” Sulaiman exclusively told proboxing-fans.com.

“I can virtually remember the feeling of going into that arena, the smoke, the incredible sounds of the crowd and watching two men in the ring fighting each other. The impression was huge.

“As that card went on I saw more fights, then I fell in love with the sport at that moment.”

Jose Sulaiman, Mauricio’s father, set the standard for the WBC whilst enforcing drastic changes in the sport of boxing. Jose is responsible for fighters participating in check weights during camp to ensure the weight cutting procedure is being completed correctly and safely. 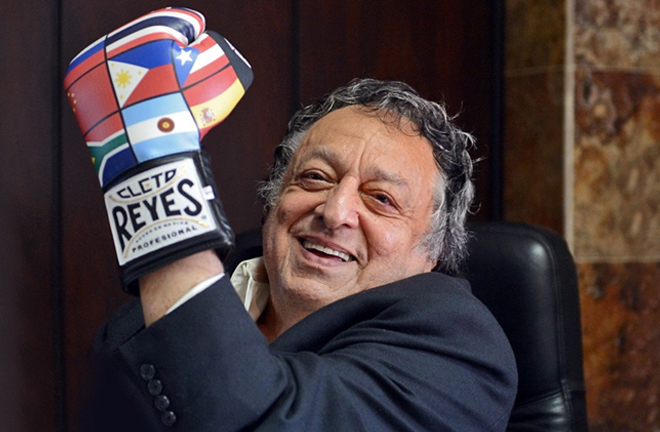 Jose also shortened professional bouts from fifteen rounds to the twelve we see today after the tragedy occurred for Ray ‘Boom Boom’ Mancini whilst claiming a win over Duk Koo Kim, which left the South Korean with fatal injuries in 1982 as he passed away five days after the final bell sounded.

These two implementations in boxing have almost certainly saved lives. Positive changes like these are in the vision of Mauricio going forward.

“We have an absolute determination to continue medical research and to continue all the aspects to try to make boxing safer.

“Last year there were several very unfortunate accidents in the ring. It is factual boxing is a dangerous sport. 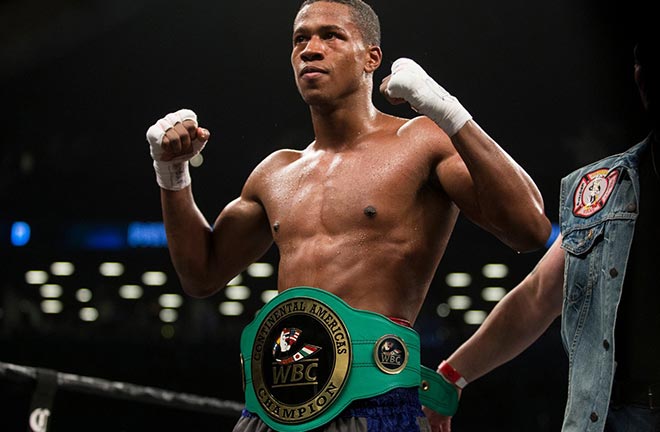 “It is much more safer than it was before but there are so many things that could be considered for implementation worldwide.

“So many things to teach fighters, trainers and family members. Things that have to do with weight management, proper hydration, with the dangers of rapid weight loss or usage of performance enhancing drugs, ringside logistics, so, so many things to do with the sport.

“It is a world wide sport and that’s why it needs continuous research, continuous work.”

Sulaiman is proud of the statistics since these changes. However, adamant the tragedies will continue whilst fighters put themselves trough gruelling weight cuts and dehydration.

“If you count the amount of fighters who fight worldwide and you compare them to the amount of accidents it’s a very small percentage.

“If you compare data of decades ago such numbers have decreased so the implementations in boxing have saved lives.

“I’d say the injuries in boxing don’t come from the blows, the punches themselves.

“There’s always an attachment to dehydration, rapid weight loss, injuries sustained prior to the fight.

“Boxing exists because it’s a way of life for many who find no other way of becoming. As long as there is poverty, people on the street will fight and boxing will exist.”

The World Boxing Council and Mauricio Sulaiman himself come under regular criticism in boxing due to the amounts of championship belts they offer out.

Putting him on the spot about if it was due to a way of the WBC profiting from multiple sanctioning fees, the Mexican president provided an explanation for why there are so many belts at stake in the sport today.

“I believe there is a fault of communication on our side. But, it is very simple to analyse.

“Most of the belts are not championship belts, these are commemorative pieces that celebrate either an icon fight or an iconic date. 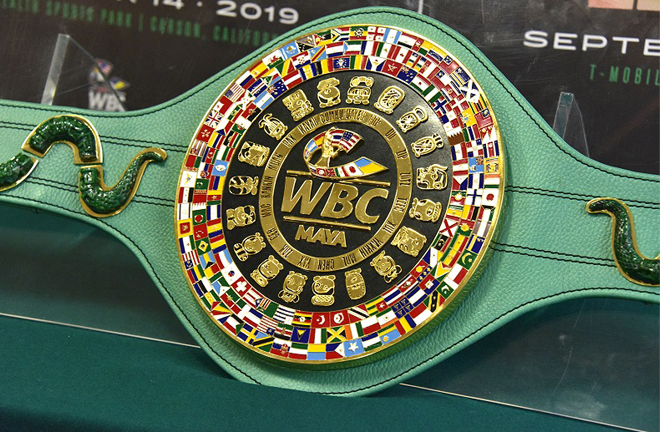 “For example, the Mayan was created for May 5th.

“This is a date that is a holiday in Mexico which over the past forty years traditionally the best fights of the year take place on those dates.

“People from culture they see this beautiful piece and they start talking about boxing.”

Mauricio continued onto the diamond belt. A title awarded to Callum Smith after defeating George Groves to win the World Boxing Super Series.

“The diamond belt. It’s a creation to commemorate a huge fight between two special fighters.

“The diamond is awarded to the winner and then it is just that, a diamond belt. It’s contested by elite fighters, this belt was just created to give an added interest to those special fights.” 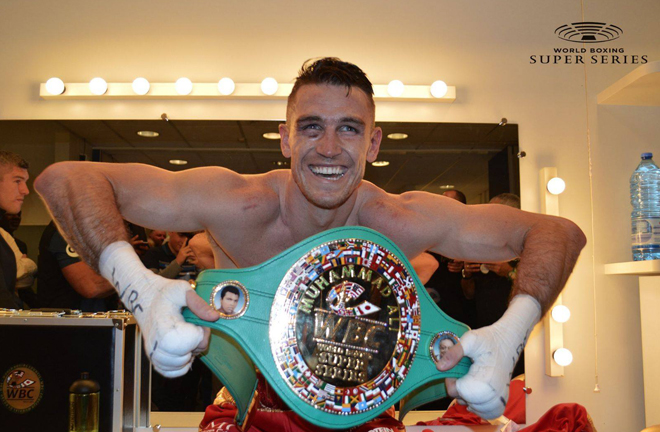 To clear up any confusion regarding the lightweight division. Currently, Vasily Lomachenko is the franchise champion, Devin Haney is the champion in recess and Luke Campbell will face Javier Fortuna for the world title. So, currently there is no WBC world lightweight champion.

“A fight for their title is conducted and whenever the champion in recess is ready to go back to the ring he fights against the champion. 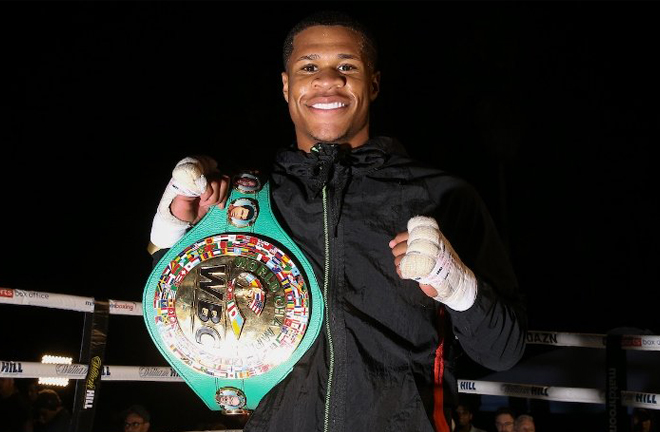 “It is not two fighters being called a champion at the same time.

“Campbell and Fortuna will fight for the world title because Haney is injured. Also, Haney has issues with his weight.

The biggest concern for me was that the WBC were cashing in on the sport and its stars with the lure of multiple championships which are followed closely by sanctioning fees.

.@EddieHearn & @SampsonBoxing have confirmed that they have reached an agreement for the @luke11campbell vs Javier Fortuna for the @WBCBoxing lightweight championship. Purse bid has been cancelled @MatchroomBoxing pic.twitter.com/baD1iJq5FF

It became apparent that it is only the world champion along with the franchise champion who pays sanctioning fees, as the telephone conversation continued across two sides of the world.

“One thing that you may contest [in terms of sanctioning fees] is the franchise champion.

“Fighters who have proven to be a driving force in the sport and for those who take on the most important fights out there which is for the benefit of the boxing fans and the boxing industry. 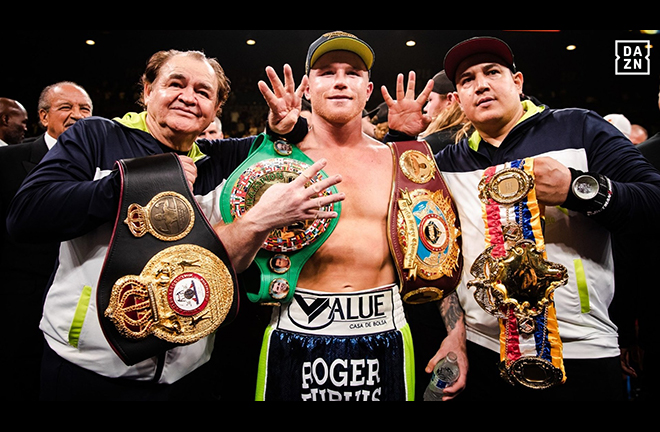 “We have Canelo Alvarez, undoubtedly a major force in boxing today, recognised as pound-for-pound number one and fighting at light-heavyweight, super-middleweight and middleweight.

“Also, the same characteristics, he wants to take on the biggest fights possible for his development but also for the industries development.

“It is about allowing the biggest stars in the sport to continue their drive for the industry to move forward and not hold them back to have to fight a mandatory when there is not a true challenge. 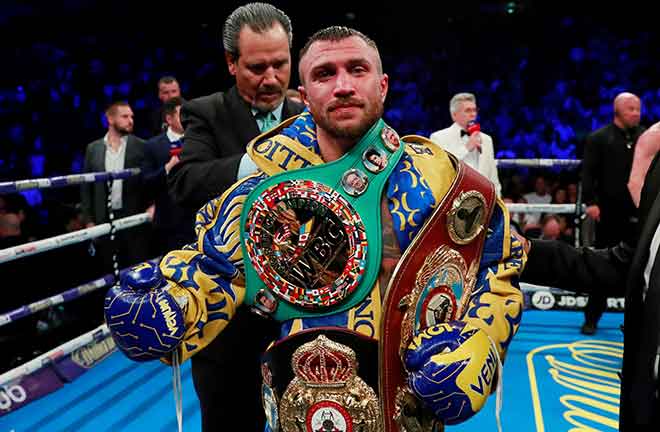 An extremely open and honest interview from Sulaiman, who did not dodge any questions, was happy to oblige to the unanswered questions.

“I’d like to clarify the WBC is a non-profit organisation. All the money that is generated though sanctioning fees goes back into the sport.

“In the industry the WBC is considered by far the most important boxing organisation in the world and we prove that with facts.

“Regarding the concern for the sanction fees, there’s always that concern, the money that is generated from the franchise fights is dedicated to UCLA boxing medical research, the weight management programme and the clean boxing programme. It is not about money.

“I understand the fans do not get the full information too analyse to understand.”