On a marathon card at Arena Birmingham, there were shocks to be found as a world champion was dethroned.

Johnriel Casimero stops Zolani Tete in the third round!

A huge shot put him down and the South African never recovered!#MidlandsMayhem pic.twitter.com/B4mp5wUSKI

After a quiet beginning to the contest, the fight exploded into life in the third. A double right hand, shot from the most awkward of angles from Casimero, put Tete down and in some disorientation.

There was an argument for referee Steve Gray to stop the contest there and then, but the action continued. Tete went down again after tottering to the canvas, still hurt from the opening knockdown shot, and, after a frenzied follow up attack from Casimero on the resumption, the referee wisely called a halt.

The Irishman was slippery and hard to pin down throughout, and his ability to evade most of Bowen’s best attacks, and nullify them with his own work, got him the nod in the end.

It was a hard fight to score, with Bowen having to mostly chase Cacace when on the attack, and the Leicester man was further impeded by a point deduction by Marcus McDonnell in the fifth for leading with his head, which seemed harsh due to Cacace’s tendency to duck low when engaging.

It was an unsavoury ending to the British and Commonwealth Welterweight title clash between champion, Chris Jenkins and Liam Taylor, as their meeting ended in a technical draw.

This is the fourth such ending in Jenkins’ career, and the Welshman was again badly cut forcing a premature conclusion. Manchester’s Taylor will feel aggrieved, as he had scored a second round knockdown with a chopping right hand high on Jenkins’ head.

Jenkins roared back though, and the two engaged in warfare. The fight was boiling along nicely, until an accidental clash of heads in the fourth caused a deep laceration on the Welshman’s left eye. Following consultation, the fight was waved off.

Richards was elusive pretty much throughout the first half of the fight, and Clarke struggled to find many successes, despite his best efforts. Clarke, to his credit, did finish strongly, pressuring a tiring Richards with a high work rate, especially in the championship rounds. 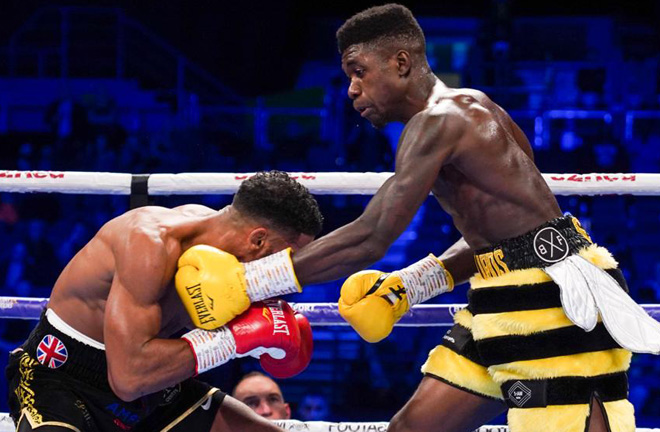 Maxwell was much bigger than his opponent, and his much more weighty shots took their toll eventually on Parker. 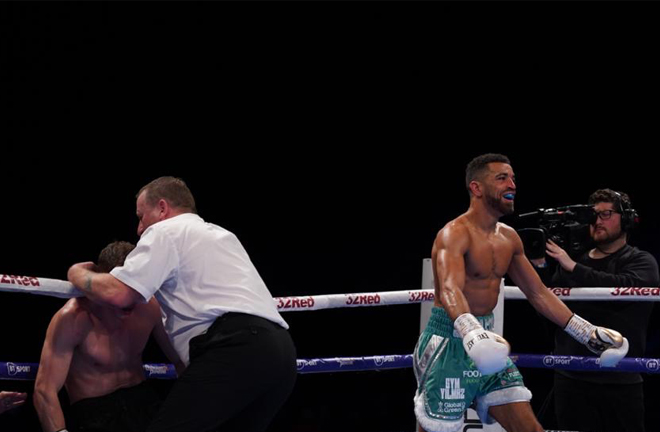 The challenger did have his successes through the fight, but Maxwell eventually stepped the pace up in the seventh; a clubbing left followed by a sustained onslaught forced the referee’s intervention. 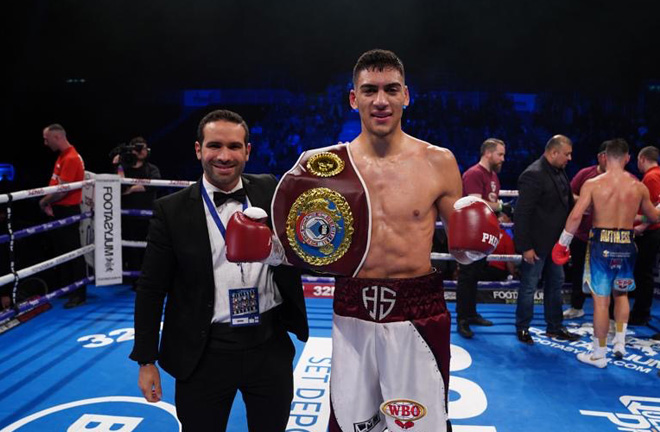 A rapid right hand to the temple dropped Kelly, and on the resumption, a volley of punches to head and body saw the referee step in.

Dennis McCann continued his hot streak with a second round stoppage of Stefan Slavchev. A big right dropped the visitor unsteadily, and a vicious flurry of lefts and rights finished the contest.