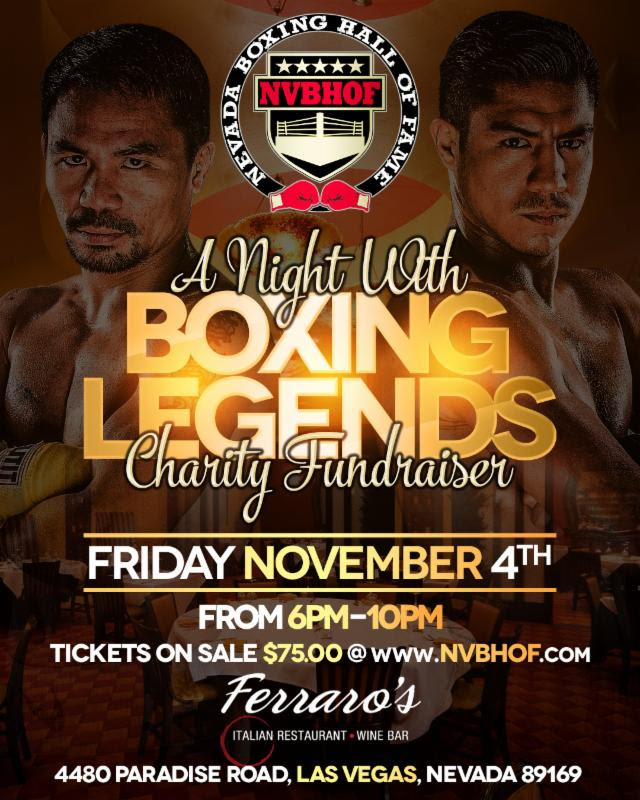 Attendees for the November 4, 2016, “Nevada Boxing Hall of Fame” Pre-Fight Fundraiser, taking place after the Manny Pacquiao vs. Jessie Vargas weigh-in, have been announced.

The Pre-Fight “Night with Boxing Legends” fundraiser dinner will take place at Ferraro’s Italian Restaurant and Wine Bar, located close to the Thomas & Mack Center. Ferraro’s will provide great food, cocktails & a beautiful atmosphere. Two tickets to the Manny Pacquiao vs. Jesse Vargas fight will be auctioned off at the event. All proceeds will go to help boxing organizations in Las Vegas. Don’t miss your chance to support a great cause and meet several Boxing Legends in this intimate setting.

Each ticket, priced at $75 will include several selections of Ferraro’s Family Recipes of appetizers and one Beer or Wine cocktail.

Below is the list of boxing icons scheduled to present: