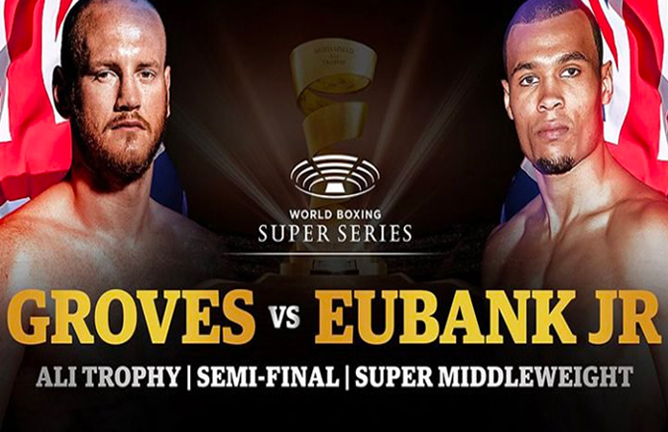 George Groves will defend his WBA Super-Middleweight title against Chris Eubank Jr in the World Boxing Super Series (WBSS) Semi Final at the Manchester Arena, on the 17th February 2018.

Groves, last fought at the Manchester Arena when he took on Carl Froch in the first of their two clashes. Groves was hoping this fight would take place in London, where he is from.

Groves got to the Semi Final by defeating Jamie Cox within four rounds in the Quarter Final and Eubank Jr beat Avni Yildirim via KO in the third round.

The two Brits have been exchanging words for some time, with Eubank Jr stating he has been trying to get the fight to happen for years.

He said, after his impressive win over Yildirim, “I’m going to dominate this tournament. I’m here to knock these guys out. I’m not playing any more. I’ve been trying to get a fight with George Groves for years now. The boxing fans have been wanting it for years. He has the WBA title and a name and we have history. We need to get in the ring and settle it.”

The winner of the bout will go on to the Final of the WBSS and will take on either Callum Smith or Jurgen Braehmer, though a date and venue are still to be confirmed for the second Semi Final.