It’s a final Premier Boxing Champions show of the year this Saturday night at the Toyota Arena in Ontario, California, and old acquaintances are renewed in the main event.

A day out from a year to the day that they squared off in Brooklyn, Tony Harrison (28-2, KO21) and Jermell Charlo (32-1, KO16) meet again for the WBC Super Welterweight title.

Harrison upset the odds that December night, winning a disputed unanimous decision to had Charlo his first loss as a professional. It was a good, clean, hard fought contest, and if Charlo would have won one more round, he would have retained his belt on a majority draw verdict. The Charlo fight was Harrison’s last appearance, so it will be interesting to see how the layoff has affected the man from Detroit.

The 29 year old has been a pro since July 2011, and has only lost twice in a 30 fight pad career. Harrison was stopped in the ninth of a ten rounder in July 2015 by Willie Nelson, and was again halted in nine by Jarrett Hurd in a bid for the IBF belt in February 2017. “Super Bad” has won four on the bounce since the Hurd setback.

Charlo earned a shot at the vacant WBC title in May 2016, after some impressive wins against respected operators such as Dennis Douglin (KO5) Demetrius Hopkins, Gabriel Rosado and Vanes Matirosyan (All unanimous). John Jackson stood in his way of becoming World Champion, and Charlo was well behind in the fight before uncorking a massive right hand that slumped Jackson on the turnbuckle with the fight waved off. Charlo defended with more routine assignments, knocking out Charles Hatley in six rounds, and then Erickson Lubin inside a round. He then won an entertaining majority decision against Austin Trout, having the New Mexico man down twice, but Trout rallied to make a real argument of the contest. Then came the Harrison defeat, his first career reverse. Charlo did return in a low key third round knockout of Jorge Cota in Las Vegas in June.

Prediction: Charlo looked like he underestimated Harrison in their original meeting, and I don’t think he will make the same mistakes again here. Harrison will look to employ the same tactics that brought him success last time, but I think Charlo can negate the Harrison attack to pull off a comfortable enough points win.

The undercard is very much threadbare, with Andre Dirrell (26-3, KO16) returning after a twenty month absence. Dirrell was last seen dropping his interim IBF Super Middleweight title, retiring after eight rounds of his rematch with Jose Uzcategui in March last year. This followed their controversial first encounter, when Uzcategui was disqualified for hitting after the bell, with the Venezuelan sucker punched by Leon Lawson, Dirrell’s trainer after the fight. Dirrell’s other two losses have come at the hands of James DeGale and Carl Froch. 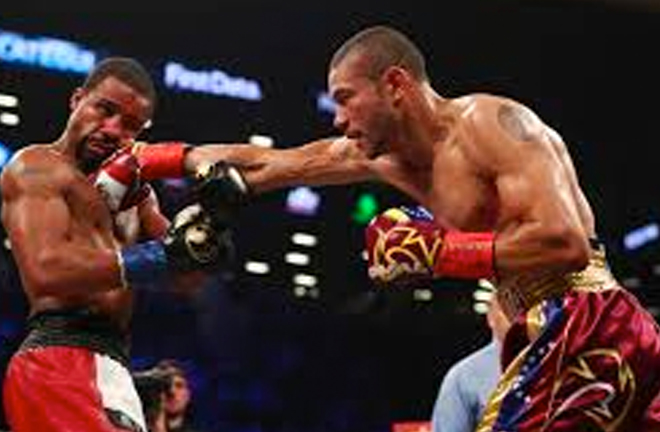 The 36 year old takes on the Dominican, Juan Ubaldo Cabrera (24-2, KO16) over ten rounds. Cabrera has also had a lengthy time away from the ring, with his last contest taking place in May last year. That was a second round stoppage of the 2-18 Antonio Rodriguez, which came after back to back defeats to Decarlo Perez in August 2015 on points over ten, and a big second round knockout loss to Erickson Lubin.

Prediction: Dirrell should still have enough know-how and pedigree to see off Cabrera on the cards. 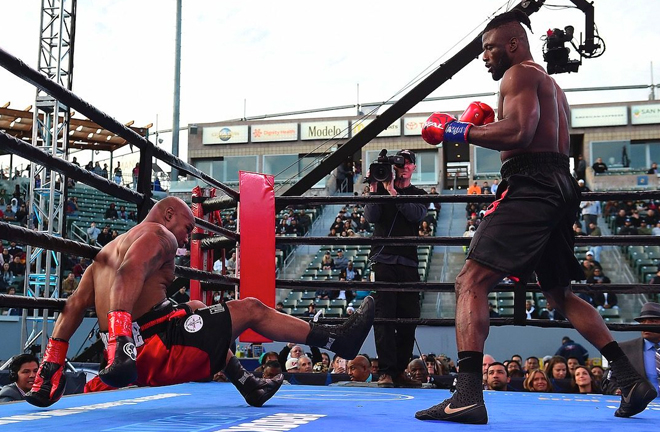 Texas based Nigerian Heavyweight, Efe Ajagba (11-0, KO9) will aim to gate crash the world scene in 2020, and he has a ten rounder on the card. March this year saw Ajagba enjoy his best career win, forcing Amir x to retire after two rounds. He has had two more outings in 2019 since, a second round stoppage of Michael Wallisch in April, and a ten round points win against previously unbeaten Ali Eren Demirezen in July.

His opponent in California this weekend will be Iago Kiladze (26-4-2, KO18) with the Georgian ripe for the picking after three knockout losses and a draw from his last four contests. Kiladze was knocked out in six against Adam Kownacki in January 2018, and then Michael Hunter went one better in June of the same year. Londoner Joe Joyce also stopped Kiladze in five in September last year. His last fight saw him battle to a draw with the 18-0 Robert Alfonso in May.

Prediction: Ajagba will be looking to make a statement with a knockout win that betters the feats of Kownacki, Hunter and Joyce. I think he will be in the same ball park as the trio, and should force the stoppage around halfway.