Former four-weight World king Garcia (39-1 30 KOs) will return to action on February 29, exclusively live on DAZN, as the California favourite looks to regain his World champion status and continue his glittering career at the elite level.

Garcia, who turned 32 today (December 15) will step back into the ring early in 2020 for the first time since moving up two-weights in March to face Welterweight ruler Errol Spence in a bid to win World honours at a fifth weight, and Garcia is on the hunt for more World title clashes and big name showdowns to add further scalps to a stellar resume that boasts wins over the likes of Adrien Broner, Roman Martinez and Orlando Salido – and Garcia believes that the best is yet to come.

“I am happy to announce my return to the ring for February 29,” said Garcia.

“I am eager to make my return and grow my legacy. I look forward to working with Matchroom Boxing USA and DAZN and I want to thank all my fans for the continued support. Fight details will be announced soon and I can’t wait to be back in the ring.”

“I’ve been talking to Mikey for over a year now and I’m so happy to welcome him to the team,” said Eddie Hearn. “Mikey is a standout star and I’m looking forward to working with him on big fights moving forward.

“I am happy to announce my return to the ring February 29. I look forward to working with DAZN and Matchroom Boxing for my upcoming fight. pic.twitter.com/W2JMMeNuxT

“He will return to the ring on February 29 and we will be announcing the opponent and venue shortly. The talent within Matchroom Boxing and on DAZN is unprecedented – we look forward to an epic 2020!” 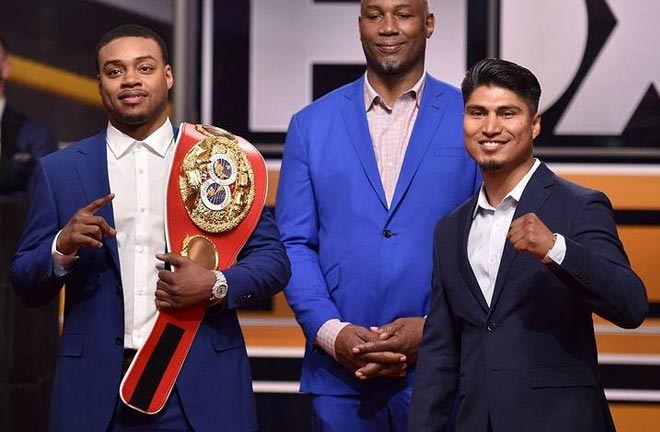 “Mikey Garcia joining the DAZN roster will allow us to deliver even greater value to our subscribers as our Fight Season schedule begins to take shape for 2020,” said Joseph Markowski, DAZN EVP, North America.

“We’re a data-led business and so we’re naturally drawn to the fact that Mikey has consistently delivered numbers – whether it’s been television audience, pay-per-view buys or ticket sales. We look forward to welcoming his fans to DAZN on Leap Year Day.”