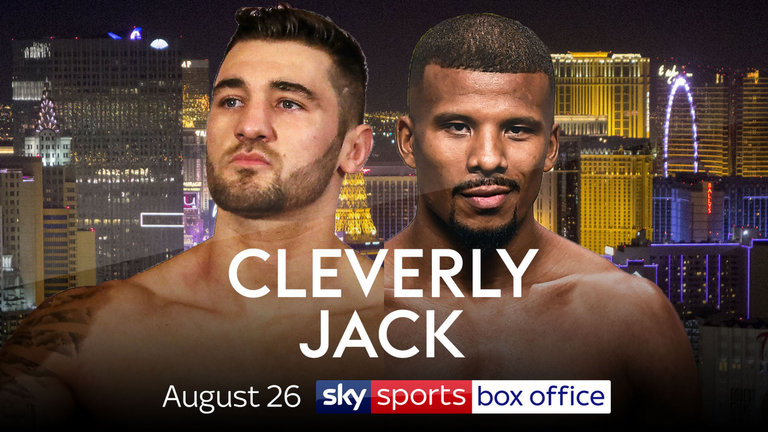 The Welshman, 30, has moved to the USA ahead of his clash with Badou Jack, and the Swede will be fighting at Light-Heavyweight for the first time, seven months after taking on James DeGale at Super-Middleweight.

In Cleverly’s first defence, he is confident of a good showing and even over shadowing the main event in front of the Las Vegas crowd.  More importantly, a win could make Cleverly the mandatory challenger to Andre Ward.

Whilst speaking to SkySports, Cleverly said, “All the eyes are on McGregor and Mayweather, me and Jack just need to get on with business and perform to our best and put on a fight, you all know that the fight afterwards is the one everyone is there to see, it’s a fantasy fight that has captured the imagination. But mine and Jack’s will be the realest fight on the night and it is a nice position without the huge pressure those two have got.”

Cleverly then went to speak about his opponent, Badou Jack. “We’re both world-class fighters, Jack is seasoned, operated at the top level consistently and a winner to push on to elite level, like Ward who is exceptional and pound-for-pound one of the best. The winner can push on and get to that level. Ward is the ultimate goal for the best in the sport and if the winner of our fight will be mandatory for Ward, that’s where you’d like to head. There’s only one route for the winner of this: onwards and upwards.”

Cleverly believes that Badou Jack will struggle with the step up in weight but is also cautious of the Swede’s power. “Jack will find out when he is in the ring why I am a true light-heavy. He’s not shy of a fight and neither am I and it could be a real ding-dong, trading big shots and we may be there for the full 12 rounds. But I will still win.”