Golden Boy Promotions heartthrob, Ryan Garcia returns on February 14th to take on challenger, Francisco Fonseca for the WBC Silver and WBO-NABO lightweight titles on DAZN. Garcia (19-0, 16 KOs) and Fonseca (25-2-2, 19 KOs) will collide at the Honda Center in Anaheim, California as a part of the main card with coverage beginning at 6 p.m.

The undefeated, Garcia has continued to make a case for himself as one of the fastest rising young stars in boxing and not just a social media magnet on Instagram.

Since being recognized as the sport’s top prospect, Garcia has moved up in weight from junior lightweight to lightweight. The Victorville-based boxer has also steadily increased his competition with quality wins over former world title challenger, Jayson Velez and a crushing knockout over Romero Duno last time out in November.

Garcia has been active over the past two years having fought six times and winning all but two by knockout. Overall, Garcia’s fights often end inside of the distance 84 percent of the time.

The fight against the battle-tested, Fonseca is not coincidental either since the long-time world challenger has also fought divisional rivals, Tevin Farmer (30-5-1, 6 KOs) and Gervonta Davis (23-0, 22 KOs).

An impressive Garcia win on Friday night could result in a world title shot against Davis, who holds a secondary lightweight belt. Garcia could even face three-division world titlist Jorge Linares next, who fights on Friday’s co-feature against Carlos Morales if both win.

Indeed that is the plan according to Golden Boy Promotions CEO Oscar De La Hoya as 2020 unfolds.

“This will be a great night for Ryan Garcia,” De La Hoya said. “He’s in with a tough opponent. This year will be his coming out party. I think he’ll be a world champion by the end of the year. He’s getting stronger, faster, and wiser. For Ryan, we want the best for him – Ryan in a world title fight against a top fighter for 2020. 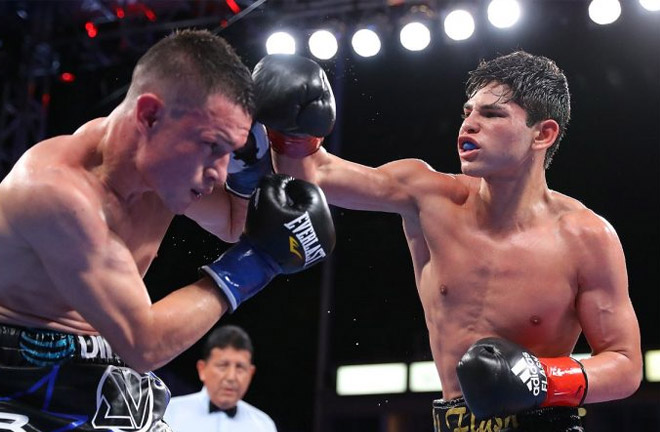 Standing in Garcia’s path to superstardom will be the aforementioned Fonseca.

The Nicaraguan drew against Alex Dilmaghani in his last outing but notched three consecutive wins before that one and has not lost since dropping a unanimous decision to Tevin Farmer two years ago.

Foncesca is as durable as they come and took some monstrous shots on the chin from Tank Davis while tagging the Baltimore superstar with some nice shots of his own. Foncesca finally folded in the eighth round after a controversial punch to the back of the head but succeeded in making Davis look ordinary at times.

Foncesca is not highly ranked among any of the division’s alphabet governing bodies but there is no denying his will power and ability to take a good punch. Garcia is the natural lightweight and superior in all other physical categories not to mention the better overall technician. Both fighters can bang although I would also give the edge in power to the younger Garcia.

That said, Ryan has the tools to beat Fonseca but victory is all but certain. He struggled to beat Carlos Morales by decision back in September 2018 in a fight that many still believe should have been ruled a draw. The ultra-confident Garcia could be overlooking his opponent which would be a huge mistake, especially if Fonseca brings the fight to him like he did against Tank. In essence, Ryan could come to regret picking Fonseca as an opponent to help display his skills.

Verdict: Valentine’s Day should see “The Flash” Garcia pass his sternest test to date with a clear decision.

The fight will mark the first major step for the 34-year-old Venezuelan to title contention within a division he once ruled before falling to perennial pound-for-pound great Vasiliy Lomachenko in May 2018. 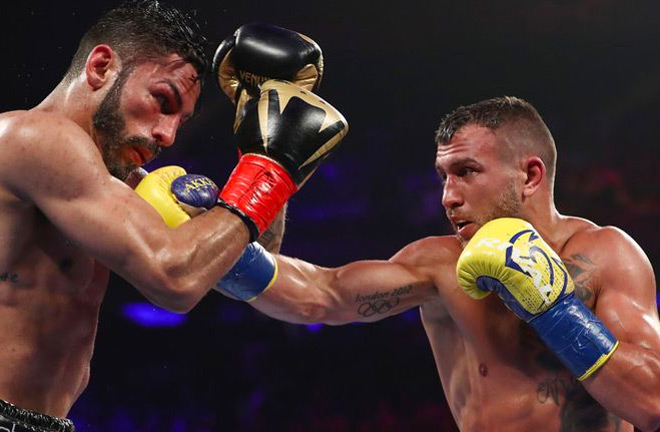 That pairing brought the best out in Jorge who gave Loma all that he could handle for nine competitive rounds, even sending the two-time Olympic gold medalist to the canvas. He was eventually halted by a wicked body shot in the tenth round but earned universal respect from the entire boxing community for his valiant effort.

Just two bouts later, Linares was stopped again only this time in what was supposed to be a routine victory to Pablo Cesar Cano. It was one of the major boxing upsets of early 2019. The defeat was even more deflating because Cano had lost three of his last five fights.

The defeat highlighted a troubling trend for Linares, that is, his past struggles when moving up in weight and decreasing punch resistance. Linares remains a well-known commodity within the sport despite the setbacks and will try to right the ship in his return after defeating Al Toyogonin in September 2019.

Morales is a 29-year-old Mexican fighter with solid experience against tough opponents like Alberto Machado, Ryan Garcia and Rene Alvarado. Before those bouts, he was a regional champion at 130-pounds.

Morales has lost each time he’s stepped up in competition but registered two knockout wins since moving to lightweight.

He gave Ryan Garcia the toughest fight of his young career particularly in the second half of their fight when he rallied to rock the rising star with several hard shots.

“It’s an honor to share the squared circle with a three-division world champion,” said Carlos Morales. “The only way to get to the top of the division is to fight the best. That’s where I want to be, so on February 14 the fans will see me at my very best.”

This is a crossroads fight for both men as Jorge looks to regain his throne while Carlos attempts to notch his first significant career win. Bigger fights await Linares if he comes through on Friday night beginning with a potential matchup against Garcia. At his best, Jorge is an exceptionally skilled fighter, capable of giving any lightweight a stiff challenge as seen against Anthony Crolla, Luke Campbell, and Lomachenko. However, he is also incredibly fragile having fallen to subpar competition in the past.

Verdict: Assuming that he doesn’t get caught with a fight-ending punch, Linares will outbox Morales and pick up the unanimous decision victory. 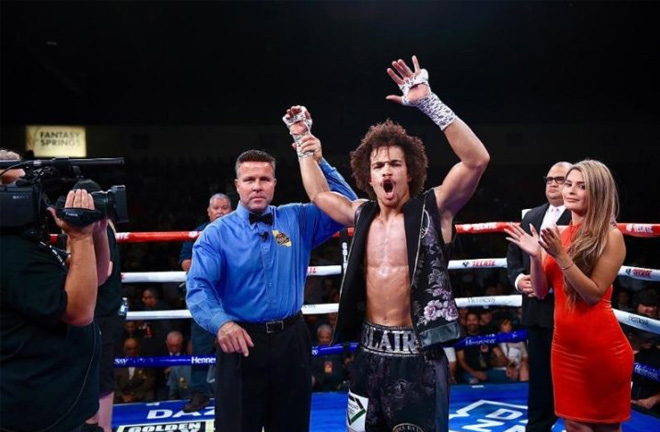