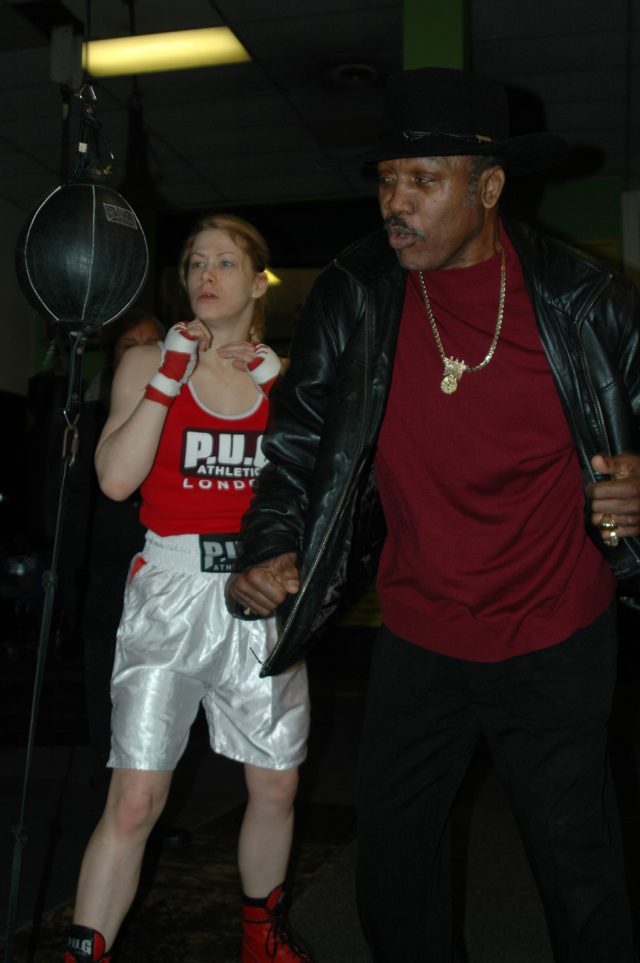 Being born in the 70s, I was too young to see Frazier when he was active. Perhaps that only helped to create an almost superhero image of Frazier. For a young boxing nut, guys like Ali and Frazier were like comic book heroes–bigger than life.

And like a comic book, there was a hero and a villain. Growing up, most of us were in love with Ali, his story, and his greatness. As his chief antagonist, Frazier vaguely fell into the category of villain. He was often mocked for his bitterness toward Ali, for not being able to let go. And that feeling would be affirmed when he’d say things like “Muhammad Ali doesn’t have Parkinson’s Disease, he has Joe Frazier Disease.” It just felt like sour grapes and meanness when he would at times gloat about Ali’s post-boxing condition. 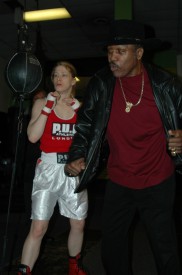 But as years went by, a different sentiment rose in our minds. I was listening to Howard Stern this morning, a show Joe was on quite a bit. He really loved coming on the show. Stern, who is certainly no heavyweight in discussing boxing history, nonetheless made an interesting comparison. When we were kids, we were taught that Native Americans were savages–unsophisticated and violent beasts. Then over time, we came to realize that maybe the invading Europeans were the bigger jerks in the situation. Either way, you at least looked at them in a different light.

Whereas Frazier was once considered merely as the antagonizing counter-piece to perhaps the greatest boxing hero of all time, it’s now almost impossible to say anything bad about him. Yeah, the barbs about Ali’s condition were hard to hear, but almost understandable in a way. Ali was tremendously hard on Joe, which affected his kids. Joe apparently even lent Ali money during his exile.

For Ali to turn around and unleash a racially-tinged and mean-spirited campaign against Frazier was deplorable in retrospect. Total betrayal. He painted him as ignorant and an “Uncle Tom.” Joe’s kids had to hear about it at school. And Joe, while intelligent, was in no position to exchange barbs with the quick-tongued Ali.

While we once laughed with Ali when watching the old films of him belittling Frazier, it now makes some of us feel uncomfortable. Thinking about how it genuinely hurt Joe’s feelings, made his children cry, and painted him negatively in some people’s minds has seen some people do an about-face. Joe is now as big a boxing hero as one could ever hope to be.

Joe’s experience was far more relatable to the majority of Black America at the time. Eking out a living in South Carolina, his family moved to Philly with the hopes of a better life. Through sheer hard work and grit, Frazier forged his way to the top. His left hook, maybe the most destructive punch in heavyweight history, was a result of his hard life. Permanently crooked after a childhood accident his parents were unable to have treated medically, it was strengthened by the back-breaking work Joe was forced to do throughout his teens to survive.

There was something poetic about hearing about his demise on a Monday Football Game held in Philadelphia. The only other such MNF announcement that comes to mind was when Howard Cosell reported on the murder of John Lennon. Lennon was more internationally famous perhaps, his death more unforeseen, and his music heard by billions. Music fans mourned. But Joe Frazier is on par with someone like a John Lennon for hardcore boxing fans–just a gigantic and hallmark figure of one of the things we love the most.

Without Frazier, Ali’s legacy would be far lesser than what it is. There would be no George Foreman legacy. But to state his worth in terms of his value to other people’s careers is a big injustice. There is a reason the name Smokin’ Joe rings with same clout as the name “Sugar Ray” in boxing circles. He was one of the greatest heavyweights who ever lived. A man’s man. A fighter who talked with his fists. A warrior with the biggest heart in the world. Life feels a little different knowing he isn’t around anymore.