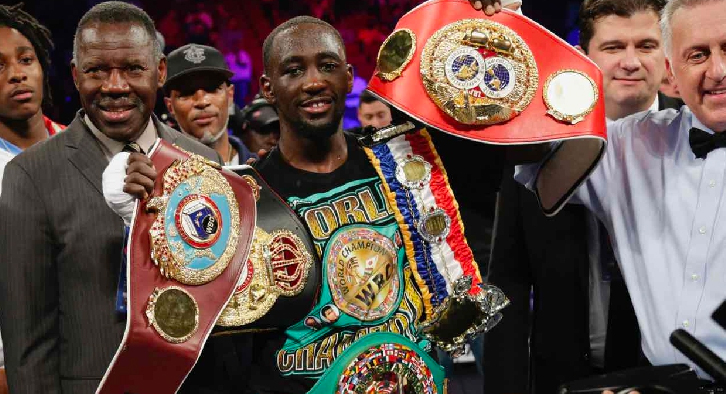 History was made on Saturday night when Terence Crawford defeated Julius Indongo to become the undisputed Super-Lightweight champion at the Pinnacle Bank Arena, Lincoln, Nebraska.

Crawford now holds the WBA and IBF belts along with his current WBC and WBO titles, making him the second male boxer to unify four major titles.

The two started off quietly, both trying to find their range in the first, with Crawford making more of an attack on Indongo with a few nice shots. The second round burst into life. Crawford outclassed his opponent and the Namibian was lucky to survive the round as Crawford dropped Indongo with a overhand left followed by a series of right hooks.

Into the third and Crawford was ready to finish his opponent. A huge body shot floored Indongo, who was unable to get back to his feet as the referee ran up the count to 10. Terence Crawford was crowned the undisputed champion.

After the fight, the undisputed champion said, “Belts matter and I am the only world champion at 140lbs – it is a big deal to me, we have been practising body shots all camp and everything we worked on in camp came out today. Now I want to rest up and enjoy this moment. My managers and coaches will see what is next for me.”