Regis Prograis proved everything we thought we knew about him and arguably more in what was many people’s fight of the year against Josh Taylor in a thrilling world super series final battle with at the O2 Arena in October.

The New Orleans-born Super Lightweight shared 12 brutal and highly mesmerising rounds, but fell short as Taylor ripped away his WBA belt, unifying his IBF strap and claiming the coveted ring magazine belt, as well as the Muhammad Ali trophy.

Despite leaving the UK, with the battles of war clear to see, Prograis’ grit and determination were not left unheralded, both inside and outside of the ring.

Prograis flew in for his crunch contest with Taylor two weeks beforehand not just to acclimatise, but to build a fight deserving of that magnitude, which included a trip to Tottenham Hotspur’s stadium as the battle drew nearer.

The slick southpaw has the name and profile to build on his valiant effort in London and will look to force his way back into title contention when he returns to the ring in the early part of 2020, following a extended, but merited period of leave.

A rematch with Taylor will always wet the appetite after their memorable war which created the perfect setting for a mega second bout down the line, however “Rougarou” has plenty of other possible options in a thriving 140lbs scene:

Another former world champion, Maurice Hooker needs a big fight himself to launch himself back into world title contention.

The formerly unbeaten WBO titlist suffered a brutal sixth round stoppage defeat to Jose Ramirez in a unification with the Californian’s WBC belt.

The 30-year-old made swift work of Uriel Perez on his return to the ring in December knocking out the Mexican in the first round and will be searching for a big name fight himself this year, as he looks to get his career back on track.

A fight between the pair could build into a fascinating affair, between two world class operators and according to Mike Coppinger of The Athletic, the bout is “in talks” for April 11 on DAZN.

Moreover, it would provide both with the opportunity to maximise their profiles in the US, which would benefit them for future battles enabling to lure fighters over if they can become big enough drawers in their own country.

Prograis is now fully established at world level and unlikely to feel a need to drop much below this mark.

A fight with former IBF super lightweight world champion Ivan Baranchyk could provide the American with a measure of his position.

The Belarusian, who resides in Miami has a sole defeat to, guess who? Josh Taylor of course, losing on a unanimous decision in May, surviving two knockdowns in the sixth to hear the judges scorecards. 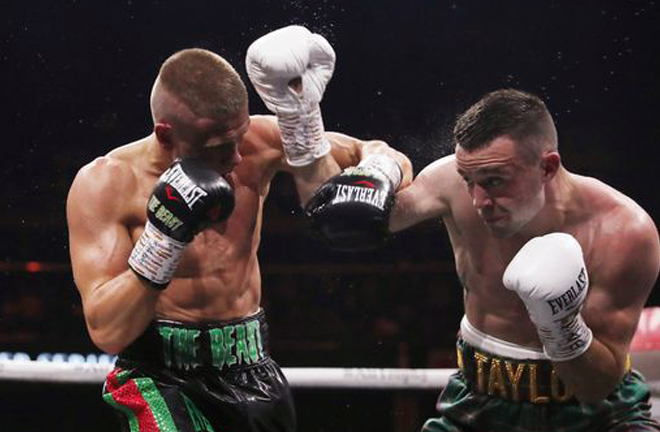 The 26-year-old beat the previously unbeaten Swede Anthony Yigit to become champion before relinquishing his strap to the Scot, but has since responded with a stoppage victory over Puerto Rico’s Gabriel Bracero in October.

A match-up between the pair could do Prograis no harm and psychologically, beating a former world champion would build any lost confidence from his defeat to Taylor, whilst improving his standings with the IBF in particular, where Baranchyk is ranked #4, although as mentioned a second bout with Taylor is hugely likely without Prograis having to propel himself into a mandatory position.

As with Hooker, Algieri could be another smart option in so much as fighting against a compatriot.

“The Fighting Collegian”, who now plies his trade at 140lbs after dropping down a division from welterweight, only has three losses on his record, all against current or previous welterweight world champions in Manny Pacquiao, Amir Khan and Errol Spence Jr.

There are several advantages in facing Algieri as well. The 35-year-old has a following in his hometown of New York having campaigned there for the majority of his career. 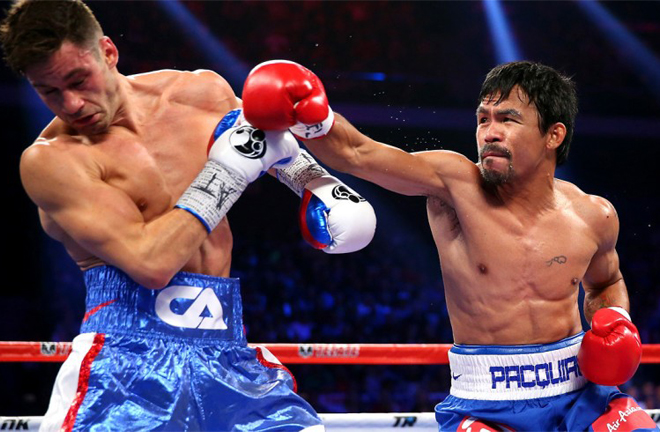 A bout between the pair could see Prograis make his New York debut, perhaps at Barclays Center, where Algieri has fought three times or Madison Square Garden, the scene of his last victory against Tommy Coyle on the undercard of Anthony Joshua’s shock defeat to Andy Ruiz Jr in June.

Furthermore, Algieri is ranked #3 by the WBO, giving Prograis the opportunity to further his stake at a world title and perhaps move him closer to a shot at current champion Ramirez, in a governing body he currently does not make event he top 15.

At 35-years-old, the former world title challenger is entering the latter stages of his career and undoubtedly chasing the biggest bouts possible and Prograis certainly fills that category, although he is unlikely to be the fighter he may have once been, but will certainly carry the experience from taking the likes of Pacquiao 12 rounds.

A real fantasy fight, however one which looks increasingly more likely. The former four-weight king held the IBF super lightweight belt in 2018, but has jumped between weights, losing to Errol Spence Jr for the welterweight crown last March.

The Californian has mentioned his desire to fight his compatriot prior to Prograis’ defeat to Taylor and the New Orleans man has since called for a clash with Garcia.

Garcia, 32, will first take on two-weight champion Jessie Vargas on February 29, before a potential mouthwatering dust-up with Prograis.

Me and @mikeygarcia will be the biggest fight in boxing in about 18 months https://t.co/WnRUQeD852

An outside shot, but Forest Hall’s popular fighter Lewis Ritson could well be in the hat for Prograis.

Prograis himself revealed his bout with Taylor will not be his last one in the UK and Ritson, who beat Robbie Davies Jr in October in a WBA eliminator could be the perfect bout for the American to capitalise on his new-generated British support. 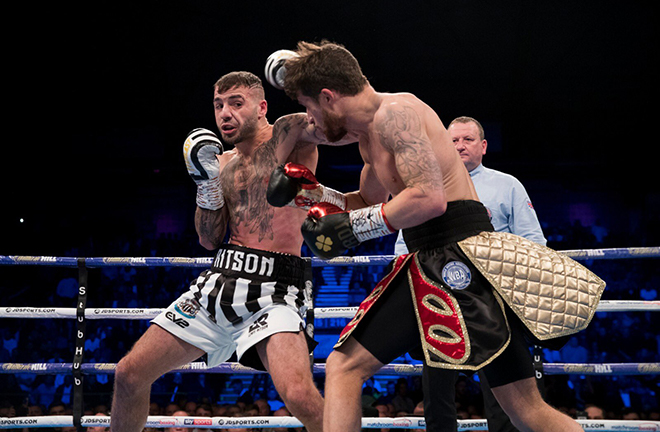 “Sandman” has a sole blemish on his record to Francesco Patera in a European title blip, however has bounced back with three solid wins, hurling himself into the #2 ranked contender with the governing body.

The 26-year-old would be a big underdog, however with the support of his loyal home contingent, Ritson could lure Prograis to an unmissable battle at St James’ Park, the home of his beloved Newcastle United; a dream venue for the Geordie.