Breaking news, fight fans. While TMZ has tried to break the case wide open, it’s ProBoxing-Fans.com which has really solved the riddle. Right here, we have the exclusive truth behind the Floyd Mayweather vs. Manny Pacquiao negotiations. Looks like we’ll all know what happens by the end of the Super Bowl tonight.

What were Mayweather and Pacquiao really talking about when they met at the Miami Heat game earlier in the week? It’s simple. Mayweather told Pacquiao that he would sign the contract and agree to fight him… if he loses all of his Super Bowl bets.

Mayweather, of course, is well known for his seven-figure and higher bets on big games. And he’ll have plenty of money riding on the Super Bowl. How much did he bet? Who did Mayweather pick to win the Super Bowl? We’ll know more by the end of the night, and the fight of the generation in boxing may depend upon whether he comes away a winner, or with a severely emptied bank account. 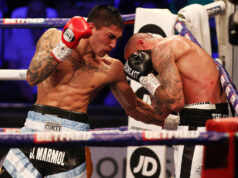 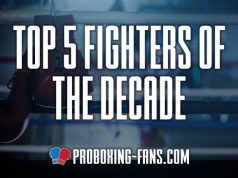