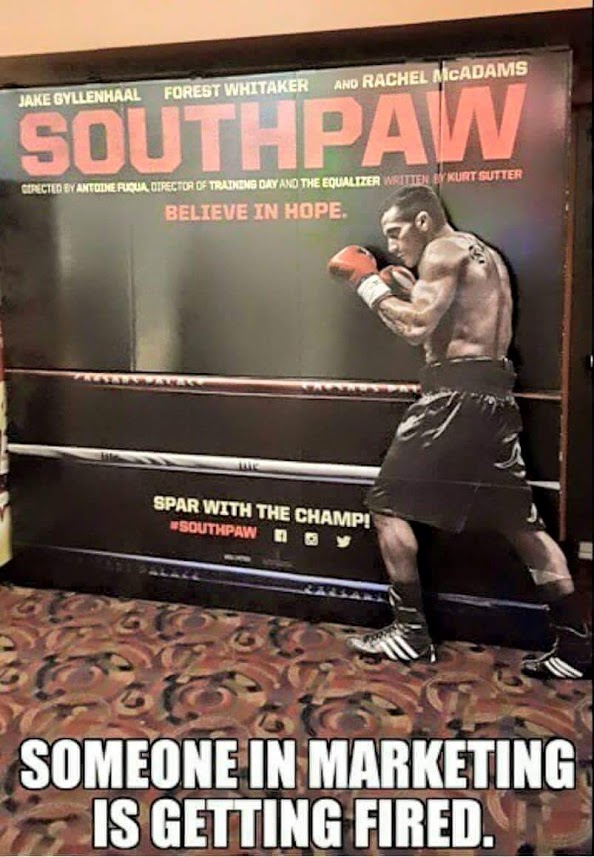 Jake Gyllenhaal stars in the new movie Southpaw. Overall, the film has been well received, and is said to feature both a good story and good fight action. However, the main movie posters and displays have made a fatal flaw. Just check out the image: 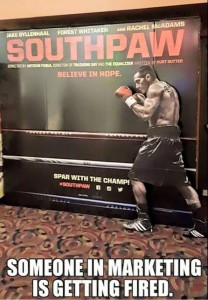 That’s right — the poster display advertising the movie Southpaw does not actually feature a southpaw! The fighter, played by Gyllenhaal, who’s shown in the photo is clearly in an orthodox stance. That means his left foot is front, his jab would be thrown with his left hand, and his power comes from his right side — the literal opposite of a southpaw.

As the meme photo above indicates “someone is marketing is getting fired”.

Let’s just hope the actual fight scenes show Gyllenhaal’s character with his left foot back instead, otherwise, this is a true disaster. Either way, another failed Hollywood attempt at showcasing what’s actually happening in the squared circle.