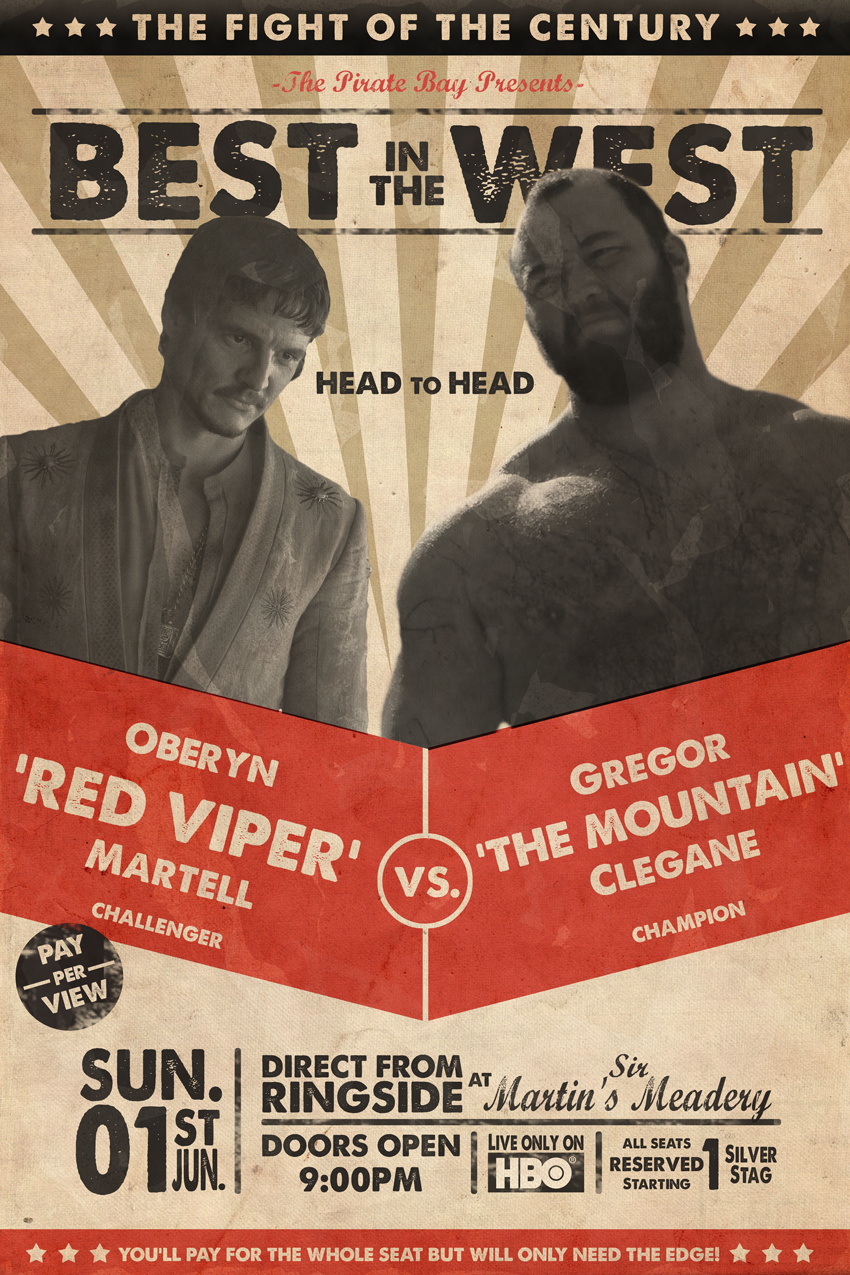 Game of Thrones — Oberyn vs. The Mountain — Fight Preview

It’s all on the line on Sunday, June 1st, when HBO’s Game of Thrones returns from its Memorial Day hiatus, and two of the baddest men in all of Westeros square off in an epic King’s Landing showdown. Which man gets his hand raised, and who’s fate is left to be sorted out by the Gods?

Check it out as we breakdown the battle, Oberyn Martell vs. Ser Gregor Clegane — the Red Viper vs. The Mountain.

The Red Viper vs. The Mountain Fight Poster 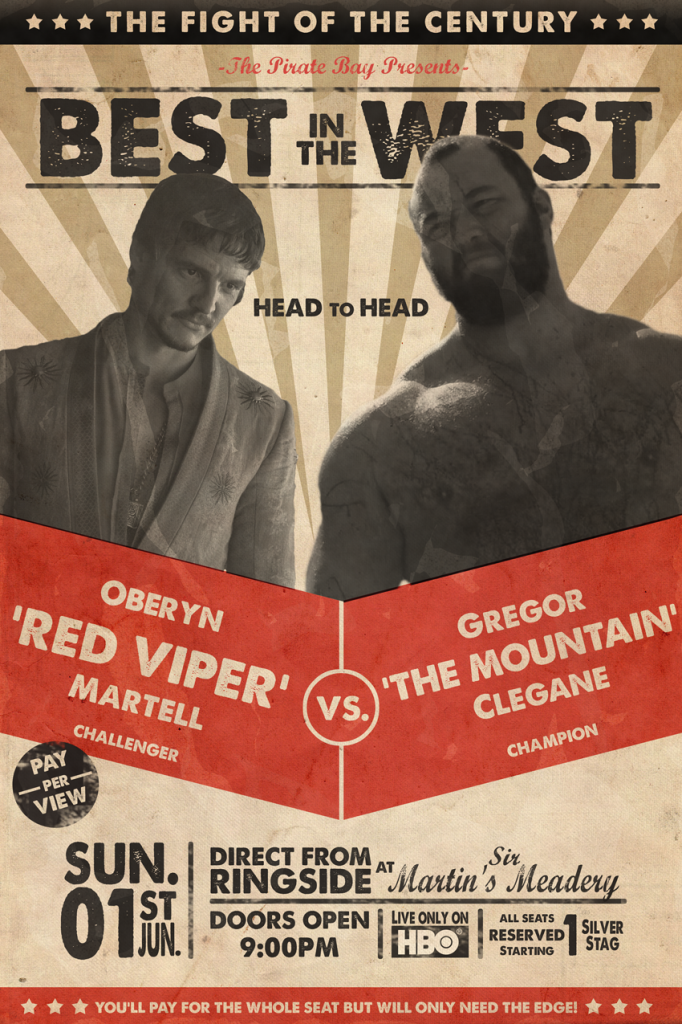 When Oberyn Martell traveled to King’s Landing, in search of revenge for his sister Elia and her children, all of whom were brutally murdered by The Mountain under Lannister orders as they sacked the city, little did he know he would receive such a brilliant opportunity. Tyrion then shockingly makes his declaration of Trial by Combat, but finds himself without his top, and only two, choices – sellsword buddy Bronn, and one-handed big brother, Jamie “The Kingslayer” Lannister.

The situation ended up working out perfectly for both Oberyn and Tyrion, as the half-man unknowingly finds himself a top-tier champion in his worldly, like-minded associate, and Oberyn an excuse to complete his mission without any further repercussions.

All he has to do is find a way to kill The Mountain in single combat, a fighter who’s regarded as perhaps the most fearsome on the continent, with “freakish” size and strength, and a penchant for cutting through people and horses alike with a single stroke of his sword, and for murdering anybody who foolishly stands in his path or questions his behavior. He brutally maimed his brother. He tortures and rapes for fun. He’s a nightmare.

Oberyn is no slouch either though, and you don’t get a reputation as “The Red Viper” without being a feared adversary. Tales of his duels and tourney exploits, of poisoning his foes, and more, have all traveled far, making him more than yet another no-hoper, but a legitimate contender.

Surely though, the odds are in The Mountain’s favor. Word on the back alleys of King’s Landing is that Clegane has been installed as a 5-1 favorite. It would likely be higher, if not for the fact that the Oberyn, along with his Dornish associates, has bet a huge sum on himself to win.

Oberyn is clearly up against a mountainous challenge here. As Bronn suggests, his strategy will likely be to play a game of keep away from The Mountain, getting him tired and worn out from swinging, missing, and chasing. Perhaps then he has an opportunity to strike, or to get the Mountain off his feet.

For The Red Viper to pull it off, he’ll need to capitalize on his skill, speed, savvy and wits, all the while avoiding incoming fire in return. He’ll need to fight the perfect fight to defeat Ser Gregor, who has a much larger margin of error, and could be out-fought all afternoon and still come back thanks to his game-changing power.

There’s a lot on the line – Tyrion’s life, for starters, Oberyn’s chance at vengeance, the best laid plans of Tywin, Cersei and Littlefinger, and the life of both men who step onto the battleground.

Who emerges victorious? Tough to call, but any fight fan should expect a great battle which leaves you on the edge of your seat throughout!