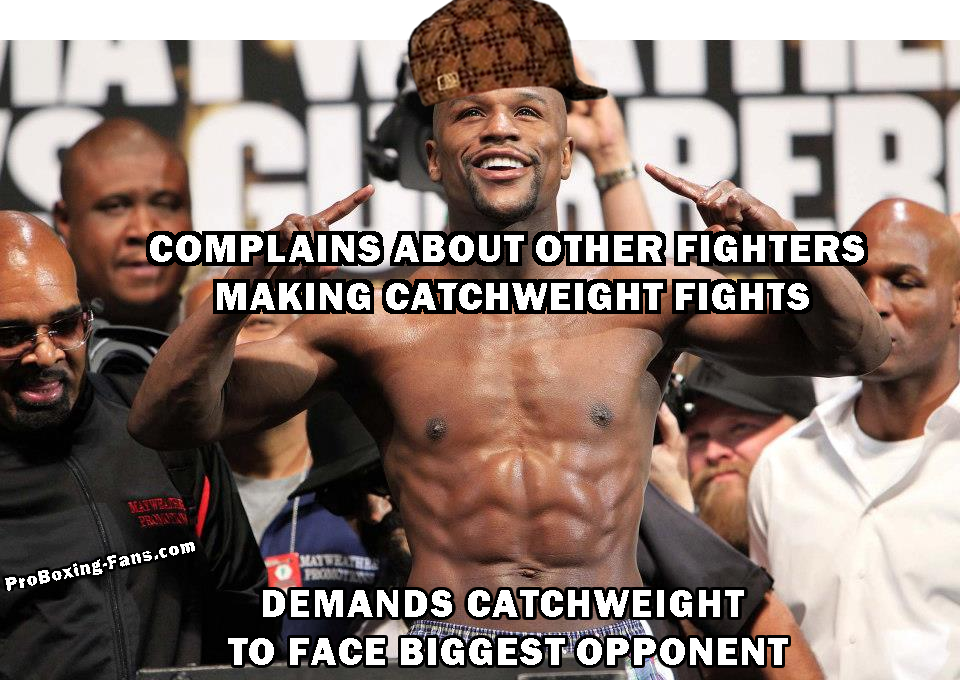 Floyd Mayweather has officially announced that he’ll be facing Saul “Canelo” Alvarez. The fight will take place at a catchweight of 152 lbs, two pounds beneath the limit of the junior middleweight division. What does that mean? It’s time for a return of our boxing memes!

Mayweather has complained about Pacquiao making so many catchweight fights in the past, but he’s following suit here when he found it advantageous to himself. 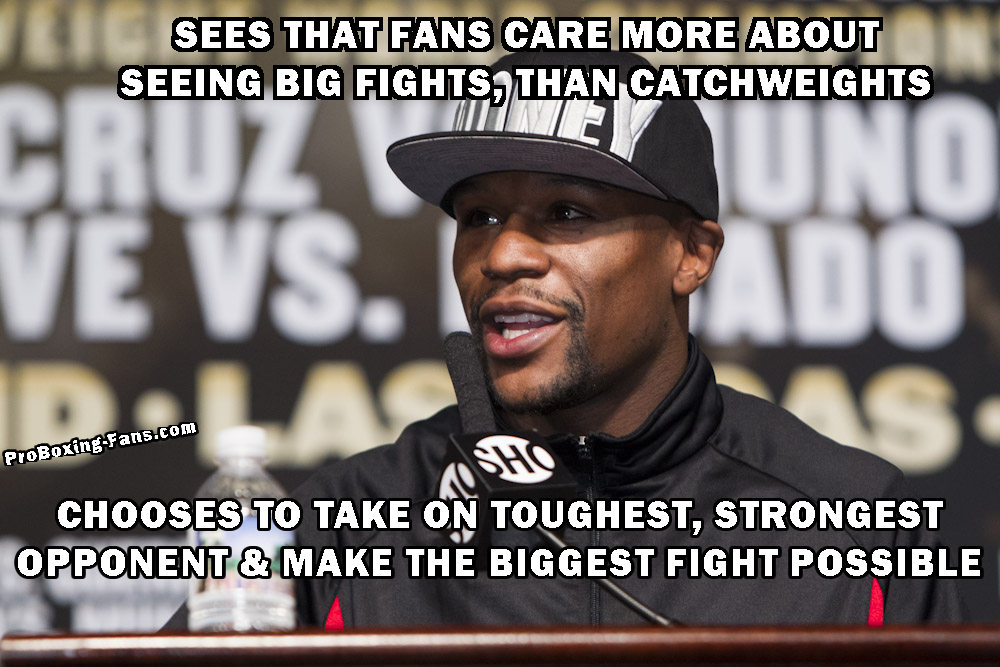 Of course, the other side of the equation is that Mayweather could say, after seeing Pacquiao and others do this, that he noticed the fans didn’t really care about catchweights. And so, he decided to opt for one and make the biggest, toughest fight that he could. What’s wrong with that?

Enjoy our Floyd Mayweather memes? Pass them around, or suggest what types of boxing memes we should come up with next.