Money Mayweather just keeps on rolling. He dominated Saul “Canelo” Alvarez in the biggest event of 2013, staking his claim not only as the top pound for pound fighter in the world, but the ProBoxing-Fans.com champion in multiple weight classes; 147 and 154 lbs. His ring IQ, his innate sense of timing and distance, and his all-around boxing skill and acumen have truly made him nonpareil in the sport. Most recently got past a tough challenge from slugger Marcos Maidana, and we now await his dance partner for the fall, with a fight slated for September 13th in Las Vegas.

Mikkel Kessler. Arthur Abraham. Carl Froch. Not bad for a largely unproven fighter at the start of the Super Six Tournament. Then came the complete domination of Chad Dawson. Ward has been on an absolute tear, and hasn’t even seemed particularly tested or bothered against any of those guys. The injuries have been an unfortunate momentum breaker for the S.O.G., but finally got back into action with his route of Edwin Rodriguez. Next came the promotional issues, so there’s nothing else planned yet, which is disappointing. Consider that he’s fought twice since the win over Froch; Froch has fought five times.

Rigondeaux finally lured Nonito Donaire into the ring, mostly getting his opportunity due to the fact that Donaire’s team wasn’t going to put together a fight against Abner Mares. The Jackal took full advantage of his shot, and even if you thought he would win, you probably didn’t expect him to be so dominant. Rigondeaux completely dictated the fight against Donaire and showed a clear superiority in terms of pure boxing skill and ability. One of the best amateur fighters in history has had perhaps the best first dozen plus pro fights of any fighter to ever lace them up. Fights this July in Macau. 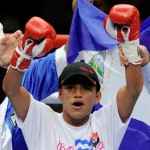 Gonzalez has built up quite the undefeated stretch thus far in his career. He’s the former champ at both Strawweight and Junior Flyweight, with five title defenses in the latter division since winning his belt in 2011. El Chocolatito is now lining himself up for a shot at a title in a 3rd division, joining the crowded, action-packed scene at Flyweight. Doesn’t hurt that he beat the guy who ousted Brian Viloria at that weight, either. Been staying busy with a string of tune-up level fights, but hopefully something big is on the horizon next.

So, how does Juan Manuel Marquez move up a spot in our rankings after his loss to Timothy Bradley? By some complex-voodoo-math, that’s how. It’s just hard to sort out the Pacquiao, Bradley and Marquez triangle. Bradley is a clear rung beneath Pacquiao. Marquez knocked out Pacquiao, nut Bradley has the win over Marquez. Hmm. The Bradley-Marquez fight is the closest of the bunch, and the loss is the least damaging for Marquez. With Bradley most recently coming off the loss to Pacquiao, and there being no way that Pacquiao can be above Marquez, we have Marquez here. Got it? Good.

Manny Pacquiao got his revenge and settled the score against Timothy Bradley. The fight was actually closer than their first match, but nevertheless, Pacquiao got the deserved win. With two wins back under his belt, he is supposed to be taking on Juan Manuel Marquez for a 5th time next. However, there have also been murmurs of a third fight with Bradley for some reason, amongst other potential diversions.

Jean Pascal, Jermain Taylor, Andre Dirrell, Mikkel Kessler (twice), Arthur Abraham, Glen Johnson, Andre Ward, Lucian Bute, George Groves (twice). A 9-2 record against that level of opposition over the past five years, plus a win over Yusaf Mack. Even though he got dominated by Ward, that’s still an incredibly daunting and impressive run. Most impressive of all was the resounding KO win over the previously undefeated Bute. After a controversial ending to his first fight against Groves, Froch left no question marks in the rematch. The Cobra is still going strong, and he has a bevy of intriguing options for his next fight, including a long-awaited rematch with Ward.

As we’ve been saying, the Pacquiao-Marquez-Bradley situation is a mess. But Bradley still has the legit win over Marquez, and he acquitted himself pretty well against Pacquiao in fight number 2. I’m guessing that even in that defeat, he feels as if he has the monkey off his back now. So what’s next for Bradley? He has potentially unfinished business with both Marquez and Ruslan Provodnikov, and there are plenty of other big names he could take on.

Tell me you weren’t really surprised that Hopkins outclassed, and out-foxed Tavoris Cloud? Defeating Karo Murat wouldn’t mean much on its own until you factor in that Hopkins is damn near 50 years old and is getting it done. He’s still clearly one of the best fighters on the planet. With the right matchmaking, he can continue this run for quite some time. Dominated Beibut Shumenov, and now we likely see him against Adonis Stevenson next, which should hopefully be an outstanding fight to see.

If you’ve followed the pound for pound rankings on this website, then you have surely noticed Klitschko jumping up and down from update to update. That’s because from fight to fight my opinion changes on how dominant he is, and whether he does enough with his size and talent. Case in point, he dominated Alexander Povetkin, but never applied himself in the way he could have, or should have, in what was an ugly, hard to watch match. Still, 62 career victories, and 20 straight wins over the past nine years, including 16 title defenses. Staggering. Alex Leapai was the most recent ho-hum opponent.

Miguel Cotto just put on perhaps the best performance of his career, moving up to Middleweight and taking out the long-reigning kingpin, Sergio Martinez. Cotto shocked most of the boxing world with that win, and the sheer dominance of his effort from start to finish. He would have soared even higher up the list, but let’s not forget how recently he looked awful in losing widely against Austin Trout. Now though, he’s refreshed and rejuvenated, and a potential rematch with Floyd Mayweather looms large as a very interesting fight next year.

It was a tough loss for Donaire against Rigondeaux, when he had so much momentum heading into that fight. Was he simply overlooking Rigondeaux, and enjoying his star status a bit too much? Was it really the shoulder injury? Or did he just lose to the better guy? Moved up to Featherweight but didn’t look particularly impressive against Vic Darchinyan, despite the fact that he rallied to score the stoppage win. Is the fire and passion gone? He became the featherweight champion of sorts by defeating Simpiwe Vetyeka, albeit with a somewhat controversial and uninspiring finish. A rematch may be next.

Mikey Garcia’s debut into the pound for pound rankings had been long awaited. The competition he faced was just so miserable for so long. But he shined with his dominant win over Orlando Salido, scoring three knockdowns along the way. Followed that up by taking out Juan Manuel Lopez, moving up to 130 lbs and defeating Roman Martinez, and then outclassing Juan Carlos Burgos. His offensive arsenal is just so smooth and refined, and remember, the kid is still just 26.

GGG made his debut on our pound for pound list as he has continued to tear a hole through the middleweight division. Matthew Macklin was supposed to be his toughest fight to date, but Golovkin made it look like easy work, absolutely smashing him en route to an early stoppage win. Curtis Stevens came, and went, as was expected. One of the most exciting and captivating fighters to watch right now. Fights Daniel Geale this summer at Madison Square Garden.

Garcia falls a long way after his disappointing outing against the tough Mauricio Herrera. It’s a big drop after having just scored his breakout win against Lucas Matthysse, but it is what it is. I never put any stock into his wins over Erik Morales. But the knockout of Amir Khan was sensational, and he got past a stern test from Zab Judah. Swift has plenty of opportunities to prove himself once again, and if you’ve learned anything yet, you probably shouldn’t bet against him because he finds ways to win.

Uchiyama’s resume isn’t the lengthiest, but he’s made it count. Broke out into the scene with stoppage wins over Takashi Miura and Jorge Solis. Since, has defeated two unbeatens in Bryan Vasquez and Jaider Parra, and scored another title defense in December. For reference, it was Vasquez who just impressed so many people in an undercard showing, and he was stopped by Uchiyama. Only blemish is a technical draw for a fight stopped in the 3rd round against Michael Farenas.

Krusher quickly rose from nowhere to become one of the must-watch fighters in the game. Made short work out of the likes of Gabriel Campillo and Nathan Cleverly, and most recently, Ismayl Sillakh and Cedric Agnew. What’s not to like? Should be on a collision course with Adonis Stevenson, but looks like fans are getting jobbed out of yet another great fight. 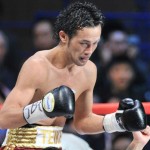 Shinsuke Yamanaka has flown under the radar for American fight fans. When Vic Darchinyan traveled to Tokyo in 2012 to fight him, it was presumed by many to be a quick stopover for the Raging Bull on the way to bigger things. But Yamanaka didn’t see it that way, handing him a defeat, and adding to a growing resume which includes wins over Malcolm Tunacao, Tomas Rojas, and Christian Esquivel. He’s staying busy, too, with three title defenses since August 2013. 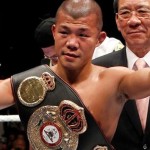 Koki Kameda returns to our top 20 pound for pound. He’s now been a titleholder at bantamweight, his second division, for nearly three and a half years. He’s only lost once in his career, a close decision to legend Pongsaklek Wonjongkam and has put together a 10-fight winning streak since. THere’s so much talent in and around his division in his own country, would love to see some of these guys face one another.

Adonis Stevenson is one of the most explosive punchers, and athletes, in the game. The Round 1 KO win over Chad Dawson certainly showed that loud and clear. Followed that up with a dominating win over Tavoris Cloud. However, Stevenson, who was shockingly kayoed in 2010, seemed to turn the other direction when the name Krusher Kovalev became a real option. Was less than impressive in his most reecnt outing against the unheralded, but game, Andrzej Fonfara.