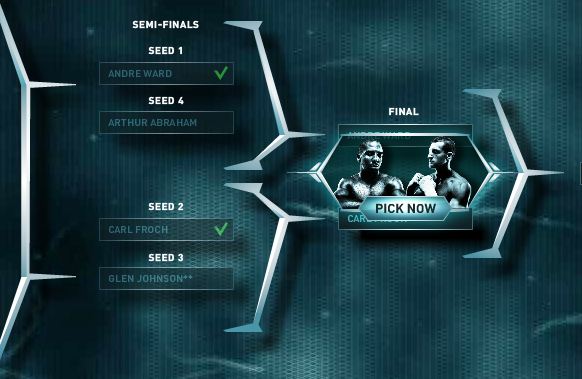 After more than two years of fights, three preliminary stages and plenty of drama, hype and controversy, the Super Six World Boxing Classic has finally concluded. Andre Ward defeated Carl Froch in the Super Six Finals match, taking home the tournament championship, two of the super middleweight title belts and a whole bag full of scalps from the division’s best fighters. Right here on this page, you can find a full recap and home base for everything that was in the Super Six tournament, including fight results, previews, standings, pictures and more.

Andre Ward vs. Carl Froch Ringside Round by Round Results 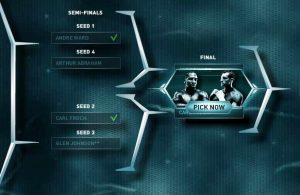 Fighters No Longer in the Tournament

Going into Stage 3 of the tournament, Andre Ward is the only fighter assured of advancing. For the others, some tiebreakers can come into play, starting first with head to head results, then the most knockouts and stoppage wins, then scorecard points. If more than two fighters are tied, then the first head-to-head ranking is skipped. Read this article for a more thorough breakdown of the Super Six tiebreaker rules.

Don’t forget to visit our photo galleries either. We’ve compiled a large and growing collection of images and photos from the Super Six World Boxing Classic, and you can see them all here.

As the Super Six continues on over the coming months, ProBoxing-Fans.com will continue to be your resource for news, previews, results and all the information you need for the Super Six! Keep on checking in for updated standings, previews of all of the matches, results and recaps for the fights, photographs and images from the events, and much more.